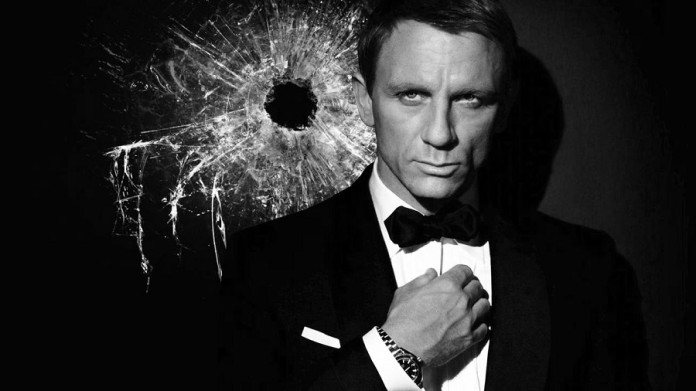 I chanced to view the latest Bond film, “Spectre,” this last Monday night. It was heartening to see at least 20 other adults seated at the smaller, downstairs theater of the Perry Grande 3.

I would have though it better viewed on screen one. I doubt the marketing wisdom of setting aside the largest screen for the “Peanuts Movie” on a Monday night, but perhaps the first school night of the week works best for parents to get their kids strung out on caffeinated soda and kept awake 90 minutes past their bedtime. What do I know?

I’m not going to be a spoiler and give away all the film’s plot as has been done elsewhere. I find it amusing someone would use up half a page reviewing what they considered a mediocre movie.

After all that’s already been said, my comments about “Spectre” will be less a review and more my musings about this movie in relation to the Bond franchise since its beginnings in cinema.

I was too young to see “Doctor No,” “From Russia with Love” and “Goldfinger” when they were first released, but I wanted to. I do recall seeing the trailer for “Goldfinger” with my family while at the Ottumwa Drive-In Theater. I distinctly remember the death by laser scene.

Other than that, I had no opportunity to see those three releases until they came out all clipped and edited for TV years later. My school chums and I were still no less hip to their plots, girls and best scenes as we collected the James Bond chewing gum cards and read their Mad Magazine parodies.

The very first Bond flick I ever saw was “Thunderball.” This was before the movie rating system. Besides, I can honestly testify most ticket clerks at the old Ottumwa and Capital Theaters hardly ever checked IDs. If a disembodied hand could reach the counter with the correct change, it got a ticket.

By the time they made “Thunderball,” the producers had the formula down for pretty much every 007 movie thereafter. They perfected it for “You Only Live Twice.” By this time, they had worked out the dramatic and dazzling opening credits sequence to a very fine art.

On a side note, a dear friend who was a Kung Fu instructor played the sound track album with the single by Nancy Sinatra until he wore out not just the record and turntable needle but also the patience of most of his students.

Sean Connery was right to ditch the 007 franchise when he did. “Diamonds Are Forever” was okay, but it just didn’t have the same magic as “Thunderball” and “You Only Live Twice.”

Then came Roger Moore and Pierce Brosnan. Rather, I should say, “The Saint” and “Remington Steele” or to be even more accurate, lame and lamer. Not that there weren’t some good action scenes and amusing lines from time to time but just too darn many cliches and awkward, double-entendre puns.

Compared to Connery and Craig, Moore and Brosnan were just posers.

Then came Daniel Craig. I first recall him playing the mobster’s unstable son on “The Road to Perdition,” starring Paul Newman and Tom Hanks. For the life of me, I would have been the last person to believe he’d play the best 007 since Connery, but I have been known to be wrong.

If you have been watching the Bond movies since Craig signed on, you don’t need me to go on and on about his tenure as 007. You already know Craig is not your grandfather’s 007. He is dark, brooding and flawed yet not an unprincipled human being.

Unlike those who preceded him, he does have a vulnerable and sensitive side. It also hasn’t hurt that the screenplays written for him have been far superior to any that came before. Indeed, the writing for “Spectre” is the best yet for my money.

I must confess, the opening credit sequence for “Spectre” was a mite dark and anticlimactic after the opening scenes in Mexico City. The opening number, “Writing’s on the Wall,” sung by Sam Smith, was one of the weakest 007 openers I’ve ever heard. I lie. It was the absolute weakest.

Like I said, I will not be a spoiler, but I was impressed by a few things. The cinematography for most Bond flicks is second to none in the entire film industry, particularly with all the exotic foreign locations. “Spectre” did not fail here.

The fight scenes looked incredibly violent if not totally realistic. They were wonderfully choreographed. I am old school. I’d much rather have an action movie hire an army of stunt people and film properly staged action rather than use umpteen film edits and hundreds of thousands of dollars worth of computer generated images created by half the computer nerds at MIT.

I couldn’t believe my eyes. In this installation, Bond bonds with an older woman who sports genuine crow’s feet and blemishes. Hot! Hot! Hot!

Enough about 007. I need to speak of the evil Blofeld, as played by Christoph Waltz. There is an interesting plot twist about him that seems to give homage to a certain parody of the character. Here again, I’m not giving that away.

This Blofeld is at least as polite, mild mannered, cultured and soft spoken as Blofeld portrayed by the late Donald Pleasance. He is incredibly and insidiously evil. He is utterly unlikable as a human being.

Another thing, he wears loafers with no socks. Every man stationed at his hidden criminal intelligence complex had elegantly coiffed dark hair, a thin and sculpted body and every one of them wore the same form-fitting black outfit. Hmm? Well, these are liberated days. To each her own.

Boring? I think not. If you were bored by this movie, I’d hate to consider the lengths that would be needed to move or impress you.