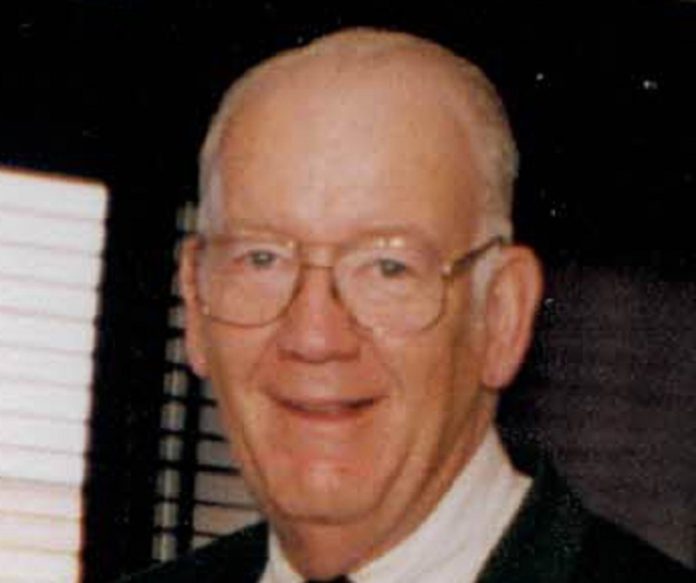 His father owned a grocery store and several laundromats. Alan worked at the store, raised chickens in the back of the store and learned to cut up the meat to sell. His mother taught him to cook and sew.

He graduated from Will Rogers High School in 1951 and attended Graceland College in Lamoni, Iowa, from 1951-1953. Alan finished his Bachelor of Arts degree in music education from Drake University in Des Moines in 1955 and his master’s degree in 1958, majoring in organ and voice. He was a member of Phi Mu Alpha and president during his senior year.

Alan married Betty Lue Garland of Scranton, Iowa, in 1955. They met at Drake University, where Betty also obtained a bachelor’s and master’s degrees in music education.

Their daughter, Stephanie Lue, was born on Staten Island in 1958, and the family returned to Des Moines in 1958, where Alan taught vocal music at Ankeny High School for one year. During that year he was the bass soloist at St. Paul’s Episcopal Church in Des Moines.

He also enjoyed teaching a class called Heritage to advanced eighth grade students for many years. The class was a study of the world’s great music, art and religions. After 1968, Alan directed many Broadway shows at the high school, including “Bye, Bye, Birdie,” “The Red Mill,” “Anything Goes,” “The Matchmaker,” “The Music Man,” “Gypsy,” “Fiddler On The Roof,” “The Mikado,” “How To Succeed in Business Without Really Trying,” “Music Man,” “Oklahoma” and “Annie Get Your Gun.”

Alan was baptized in the Reorganized Church of Jesus Christ of Latter Day Saints in Tulsa, Okla. He served 10 years as pastor and was also the adult church school teacher, organist and stewardship commissioner for the Perry congregation.

When he and Betty moved to Perry, he was the choir director of the First United Methodist Church from 1959-1967. Alan also played the organ for many funerals and weddings in Perry and played for church services at the Rowley Masonic Home while he was a resident.

At the time of his death, Alan was a member of the First United Methodist Church.

Alan retired from teaching in 1995, culminating a 37-year career, 35 years in Perry. He enjoyed retirement by traveling, gardening, making wood crafts which he sold at many craft shows, fishing and driving to Saylorville Lake to watch the bald eagles. For many Fourth of July celebrations, Alan was seen at Pattee Park selling cotton candy.

He was an avid reader and only read hardcover books. Alan collected ball caps that his grandchildren brought him from all over the world. He also enjoyed meeting weekly with his SORE friends for coffee. He was a volunteer guide for Hometown Perry. Alan also enjoyed attending many of his grandchildren’s activities at Adel-DeSoto-Minburn, including sporting events and musical events.

Alan was preceded in death by his parents; his wife of 55 years; and his sister-in-law, Nita Hall.