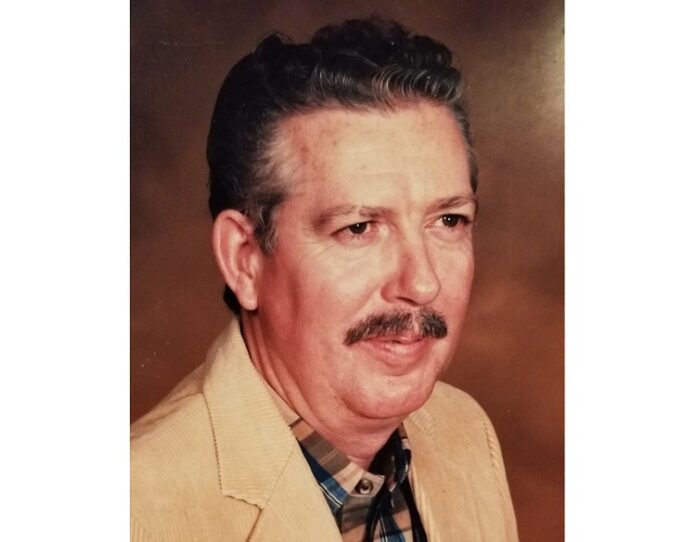 Graveside services will be at the Violet Hill Cemetery in Perry on Saturday, Aug. 27 at 1 p.m. Memorials will be given to his family and may be left at the Carris Family Funeral Home & Cremation Care. Online condolences may be left at www.carrisfuneralhome.com.

He graduated from Creston High School in 1966.

Albert enlisted in the U.S. Navy for a short time and was honorably discharged in 1961 due to a metal plate in his shoulder.

He married Delores Attwood, and they had three daughters Bonnie, Jodi and Lisa. He and Delores later divorced, and Albert has been with his lifelong loving companion Annetta Joyce (Joy) Reynolds of Perry for 29 years.

Albert grew up in Creston but finally made Perry his home from 1973 till his passing.

Albert worked on the railroad for a short time before landing a job at Oscar Mayer in Perry and worked there until its closing. He also worked part-time nights for Asgrow Seed Co. during harvest time, bagging feed and seed.

After Oscar Mayer closed, he went to school for barbering from 1991 to 1996 at the Iowa School of Beauty. He scored high on all their exams, so they offered him a teaching job, which he did for a while before eventually opening his own barber shop in Guthrie Center. He did that for a while and eventually closed his shop.

Albert later went to work for McKee Auto of Perry, which was conveniently across the street from his and Joy’s house. There he would pick up and deliver autos all over the Midwest for them until his health issues started.

Albert was a member of Bass Master’s Fishing Club for many years, which involved camping, fishing and the great outdoors, which he absolutely loved and did any chance he could.

He was also a member of the Moose Lodge, American Legion and the Perry Jaycee’s.

In his retirement years, Albert and Joy would hop in his motor home and travel all over the U.S., visiting landmarks, friends and family and attending NASCAR races. He loved being down at Sun Valley Lake in southern Iowa, where he and Joy would camp and fish until his heart was content.

Albert looked forward to the Shimer Family reunions every year. It was his chance to go back home to Creston and see all his family and their kids. He was a talker and a joker. He loved catching up with everyone’s lives, most of all he just loved the laughter and shenanigans that always went on at the reunions.

Albert is preceded in death by his parents; grandparents, three brothers; and two sisters.

The family and Joy would like to thank Every Step Hospice and his everyday nurse, Bev Ozbun, for their loving care and support during Albert’s final days and also Carris Family Funeral Home and Cremation Care. Our sincerest gratitude toward all of them for being very accommodating and understanding during this difficult time.