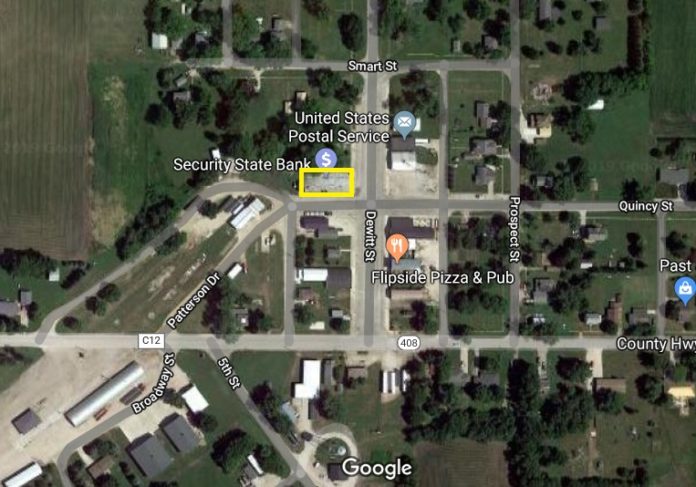 ALGONA, Iowa — An employee of a bank in Lu Verne was found shot to death outside the bank Wednesday morning, and a suspect is in the custody of the Kossuth County Sheriff.

A statement released by the Kossuth County Sheriff’s office in Algona said the office was notified about 8:40 a.m. of a possible shooting in Lu Verne, a town of 126. Emergency personnel responded to the area and found a female lying on the sidewalk in front of Security State Bank at 102 Dewitt St.

Jessica Weishaar, 43, of Algona, an employee of Security State Bank, was deceased from an apparent gunshot wound.

Officers were able to identify a suspect and a vehicle from video surveillance and eyewitnesses, and they later stopped a vehicle matching that description on U.S. Interstate 35 at the 158 mile marker.

The suspect is being detained while the investigation continues. Law enforcement believes there is no ongoing threat to the community.

The Iowa Division of Criminal Investigation is assisting the Kossuth County Sheriff’s office in the investigation.

Anyone with information about the shooting at Security State Bank is asked to call the Kossuth County Sherriff at 515-295-3514.