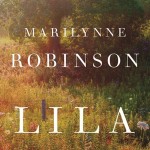 Minot is a published author, English instructor at Kirkwood Community College and graduate of the Iowa Writers’ Workshop.

“To be or not to be,” Minot said, quoting “Hamlet.” The Robinson novel tries to “answer the question of existence,” he said. “It’s a human universal for us to ask why things are the way they are.”

The novel takes us into the mind and journey of Lila, a homeless, uneducated woman who asks a preacher old enough to be her grandfather to marry her. There are many conversations between the untrusting Lila and the patient, sensitive Rev. Ames in the novel’s 261 pages.

Ames is fearful of her leaving, and Lila is fearful that sharing her past deeds with Ames will change his view of her.

It’s a story of two lonely people coming together in a small town in Iowa in the 1940s.

Some discussion participants adored the character of Rev. Ames and everything about Robinson’s book, while others endured and fulfilled their reading duties while not necessarily being entertained.

All agreed, however, that they enjoyed the discussion, hearing others’ perspectives and Minot’s insights and thoughts on Robinson’s writing style, character development and views on Calvinism.

“I tend to think of the reading of any book as preparation for the next reading of it,” Robinson once said in an interview. “There are always intervening books or facts or realizations that put a book in another light and make it different and richer the second or third time.”

Some readers in the discussion group said they plan to do just that, take a second look at “Lila” after the insights of the Minot-led exploration.

Robinson currently teaches at the Iowa Writers’ Workshop. She is the recipient a 2012 National Humanities Medal, winner of the 2005 Pulitzer Prize for Fiction, the National Book Critics Circle Award and other prestigious awards.

The All Iowa Reads program began in 2003 and aims “to foster a sense of unity through reading.” In order to be chosen as an All Iowa Reads selection, a book must:

If you missed this guest-led book discussion, join other book lovers for both monthly and quarterly book discussions offered by the Perry Public Library. More information can be found on their website or by inquiring at the library.