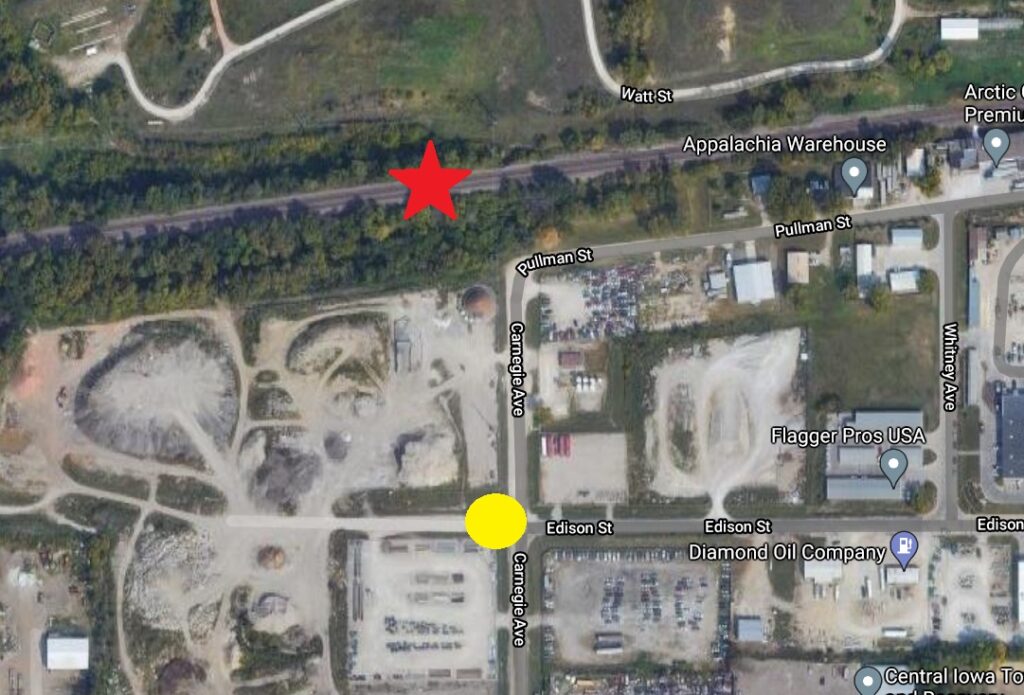 AMES, Iowa — Some 25 cars of a Union Pacific Railroad train derailed just east of downtown Ames about 1:40 p.m. Thursday, according to the Ames Police Department.

The Ames Fire Department has responded and is staging at the intersection of Edison Street and Carnegie Avenue in east Ames.

The cause of the mishap and extent of injuries, if any, are unknown at this hour.

A Union Pacific Railroad spokesperson was not available for comment.

The city of Ames posted the following message on its Facebook page shortly after 3 p.m.: “Train derailment just west of Dayton Avenue. We are working on providing additional information. Duff Avenue, Kellogg Avenue, Clark Avenue and Hazel Avenue crossings are all blocked and are expected to remain blocked until further notice. Take Dayton, Grand, Sixth or Stange as alternative routes. Information will be updated as it becomes available.”