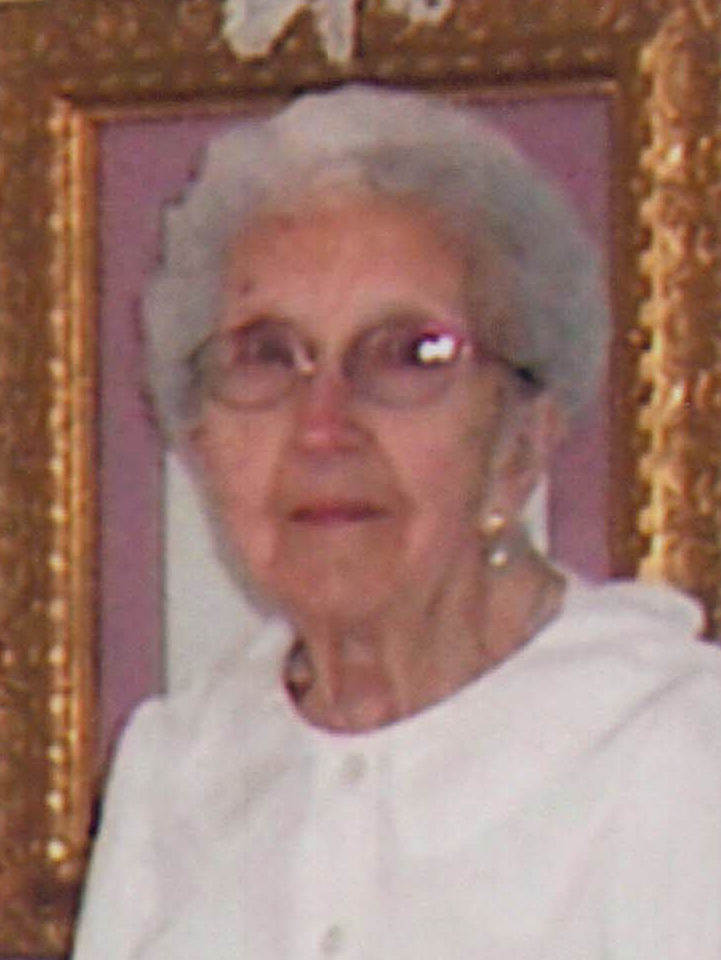 Anna Hoelscher, 99, of Jefferson and formerly of Perry, died Wednesday, June 3, 2015 at Regency Park Nursing and Rehab Center in Jefferson.

Funeral services will be held Tuesday, June 9 at 11 a.m. at Trinity Evangelical Lutheran Church in Perry. Visitation will be one hour prior to the service at Trinity Lutheran Church. Burial will be in the Manning Cemetery at Manning at 2 p.m.

Memorials may be given to Trinity Lutheran Church/Noah’s Ark Preschool or the American Diabetes Association and may be left at the Funeral Home. Online condolences may be sent to www.carrisfuneralhome.com.

She was baptized and confirmed in the Lutheran Church.

She attended and graduated from Manilla High School in 1934.

She was married to Joe Hoelscher in Manilla at her parent’s home on August 15, 1940.

They farmed in several communities. In 1956 they moved to their own farm near Guthrie Center. They raised two daughters and one son: Joann, Lois and Larry. Larry lost his life in a car accident in 1963. Anna’s husband, Joe, was killed in an accident in 1964.

In 1967 she moved to Perry to be near Lois. Anna worked in dietary positions, the last at the Lutheran Home in Perry.

She enjoyed all kinds of crafts, crocheting, knitting, sewing and quilting.

She is survived by her daughter, Joann Hubbard of Jefferson; son-in-law, Dean Stumbo of Perry; four grandchildren; six great grandchildren; and many other relatives and friends.