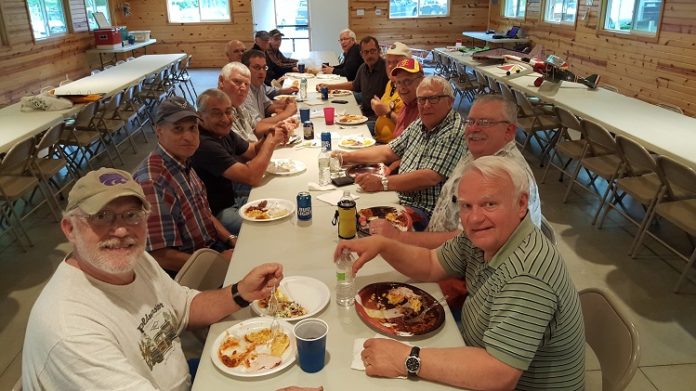 After sharing a hearty meal, including smoked beef and turkey and a wide variety of side dishes and topped with homemade ice cream, the Lions got down to business. Club President Dave Wright received reports from officers and himself informed members about recent accomplishments and progress on future ones. 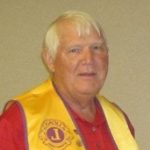 Twenty-six-year Perry Lions Club member Gary Becker was awarded a Lions Club Centennial pin for recruiting a new member during the club’s 100th anniversary year. Becker is a past president of the Perry club and is the current Third president and assistant treasurer.

Capping the event was a presentation by Alan Annear of Perry, a 30-year enthusiast of model airplanes, who demonstrated the latest in high-tech gear, including a laptop-based flight simulator and a speaking transmitter.

Annear is a longtime member and a current board member of the Des Moines Modelaires, a 120-member group of modelists that meets regularly at one of its two local airstrips, one east of Elkhart and the other west of Dallas Center.

Annear, a member of the Academy of Model Aeronautics, said recent changes in Federal Aviation Administration (FAA) regulations now require model airplane user to register their planes with the FAA. The change has been a source of discontent among the Modelaires membership, he said.

A free training session for people interested in flying model aircraft will be offered June 6, Annear said. New transmitter technology permits a student and instructor both to control a plane at the same time, a little bit like a driver’s education arrangement for automobiles.

Driver’s education was the least of the duties discharged for many years at Perry High School by Perry Lions Club member Rich Saemisch, who sponsored Annear’s presentation. Annear spoke affectionately of his time as a student of Saemisch in PHS classes in drafting, architectural drawing and industrial research.