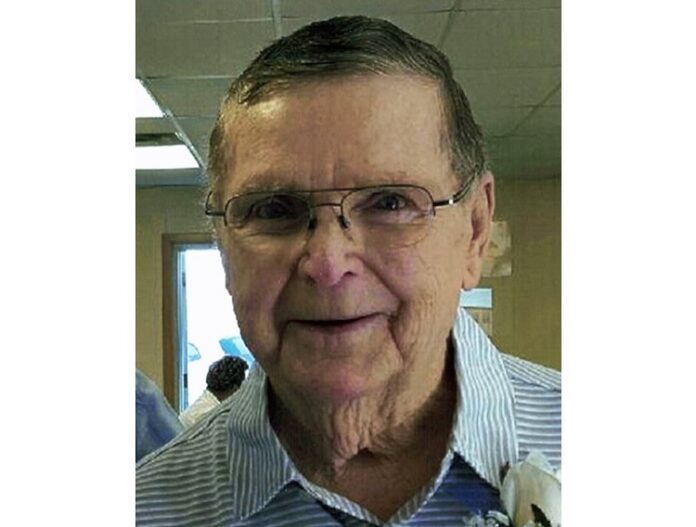 Arnold Slaughter, 88, of Bouton passed away Saturday, May 8, 2021, at the Mercy Hospice in Johnston, Iowa.

Funeral services will be held Friday, May 14 at 10 a.m. at the First Christian Church in Perry. Everyone is required to wear face coverings and practice social distancing while attending the funeral service. Visitation will be Thursday, May 13 from 5-7 p.m. at the Carris Family Funeral Home and Cremation Care in Perry. Burial will be at the Highland Memory Gardens Cemetery in Des Moines, Iowa.

Memorials will be given to First Christian Church in Perry or the Mercy Hospice in Johnston and may be left at the funeral home. Online condolences may be sent at www.carrisfuneralhome.com.

Arnold worked for Rock Island Trucking and retired as a truck driver for Cadco/Triple F.

He was a member of the First Christian Church and American Legion.

He enjoyed playing music and singing with Arnold Slaughter and the Country 3 Band, collecting old model cars and coin collecting.