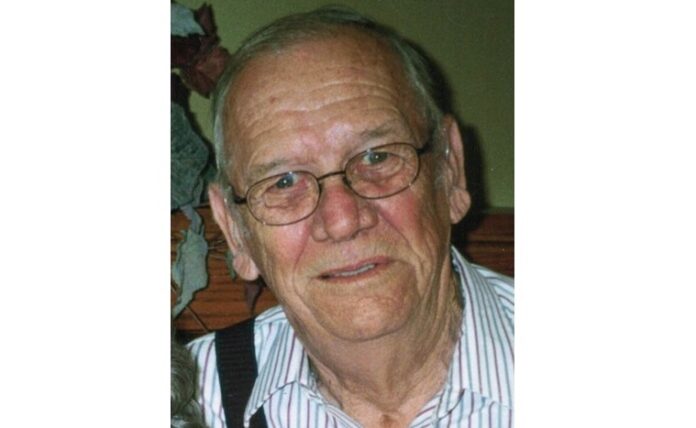 Funeral services will be held Saturday, Nov. 7 at 11 a.m. at the Carris Family Funeral Home and Cremation Care in Perry, with visitation prior to service beginning at 9:30 a.m. Burial will be at the Union Township Cemetery in Guthrie Center, Iowa. Dick’s family requests everyone to wear face coverings and practice social distancing while attending visitation and funeral service.

Memorials will be given to Dick’s family for later designation and may be left at the funeral home. Online condolences may be sent at www.carrisfuneralhome.com.

He graduated from the Guthrie Center High School.

Dick was a proud Korean War veteran, serving in the U.S. Army.

He was united in marriage to Shirley Vance Christianson in Harlan, Iowa, Oct. 9, 1953.

Dick worked 39 years for Iowa Electric Light and Power Co. and Alliant Energy. After his retirement he worked for Perry Paint and Glass.

He was a member of the Rowley Masonic Lodge, Lions Club, VFW, American Legion and the Boy Scouts of America.

Dick served as the mayor of Redfield, Iowa, and was their fire chief.

In death he rejoins his parents, James and Minnie; and two sisters, Beverly Covault and Geraldine Benshoof.