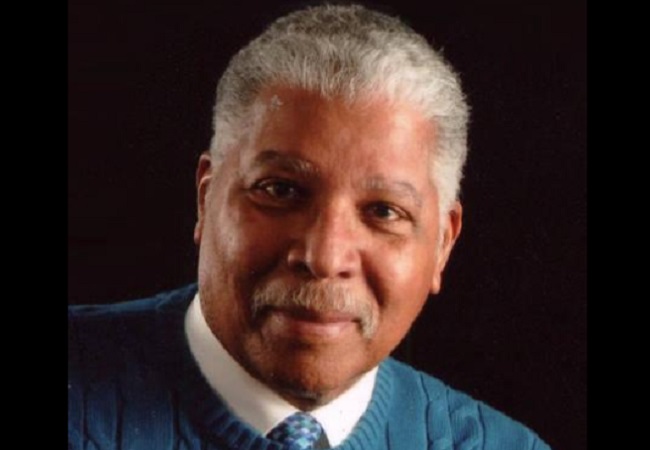 Art Johnson, 77, of Indianola passed away Tuesday, March 10, 2020, from complications of multiple myeloma. He was surrounded by his loving family, and is now rejoicing in the arms of Jesus.

Art was born March 19, 1942. He was raised in Perry by his parents, Arthur T. and Edna Johnson, and attended Perry High School.

Art joined the U.S. Air Force. After being discharged from the military, he worked numerous jobs until he became an EMT with the Dallas County Ambulance Service in 1972.

After seven years as an EMT, Art joined the Dallas County Sheriff’s office as a deputy sheriff. He attended the Iowa Law Enforcement Academy, where he demonstrated his leadership qualities and was elected president of his class.

In 1992 Art was elected Dallas County Sheriff and was honored to be the first black sheriff in the state of Iowa. He served three terms before he retired in 2004.

In 1976 Art married the love of his life, Wanda, and together they raised four children. He is survived by his wife; daughter, Roschelle (Josh) Robertson; daughter, Amy (Gene) Gaumer; son, Orlando Mitchell; and daughter, Andrea Johnson; 15 grandchildren; and one great-grandchild.

He was preceded in death by his parents; and sister, Audrey Kelly.

In lieu of flowers, memorials can be made to Hope Ministries.