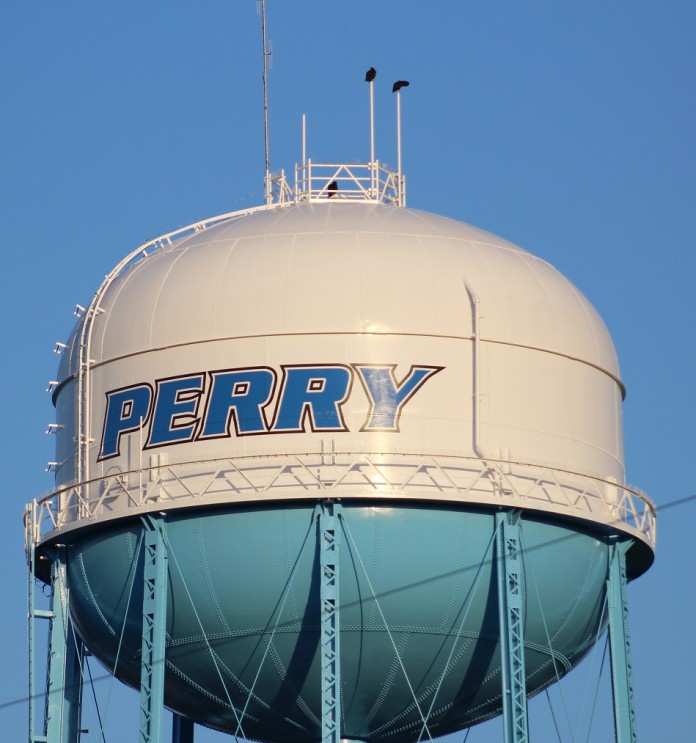 Many Perry residents have expressed their approval of the new paint scheme added to the local water tower.

The turkey vultures (sometimes termed ‘buzzards’) appear not to have cared either way, as it has not taken long for the carrion fowl to return to perching on the tower, on a nearby cell phone tower and in neighborhood trees around the junction of Eighth and Warford streets.

Protected by the Migratory Bird Treaty Act, killing the birds requires a license, fee and the special permission of the federal departments of agriculture (USDA) and Fish and Wildlife.

Perry received approval to try and remove the birds, whose droppings, while not a direct health hazard to humans, does kill vegetation and trees, aside from the creating quite the olfactory nuisance.

Last year Perry Police Chief Eric Vaughn went outside city limits and shot several birds. The carcasses were then placed on the water tower and hung in nearby trees that had drawn particular interest, a plan that appeared to work.

Now the flying pests have returned, and it is likely the city will once again have to deal with a quality-of-life issue that has proven to be quite bothersome to address.