It was a “great concert,” said Steve Shettler of Mahaska, Iowa, lead singer of Piercing the Darkness, the only Iowa band in the lineup. “We were honored to open up the show.”

The promotional poster for the event showed the five combos standing amid flames, which at first might imply they come straight out of Hell like so many devil-worshiping death-metal rockers before them, but more likely the flames symbolize the evil worldliness that surrounds the pilgrim souls of these hard-rock Christians. 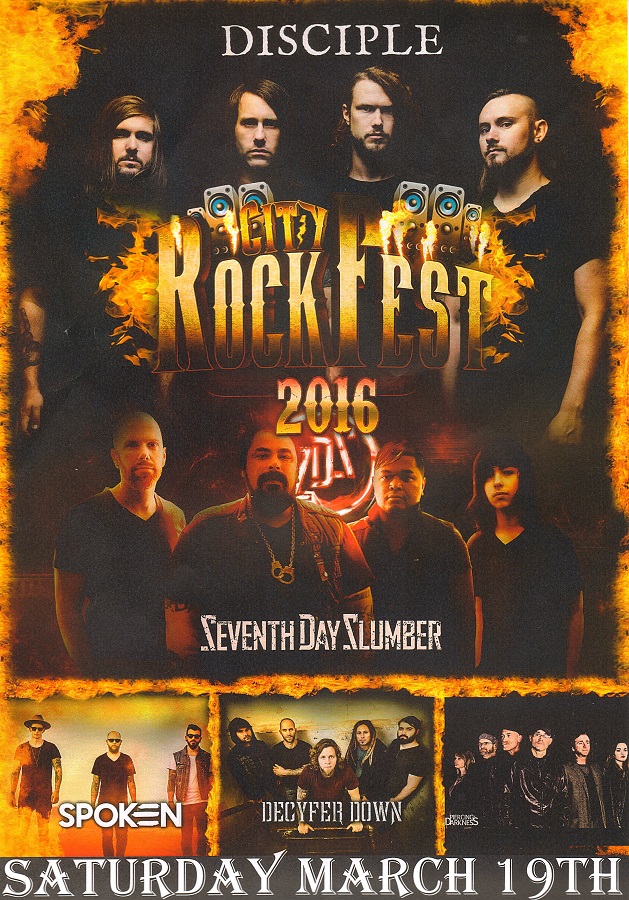 The bands mostly haled from the southern U.S. Headlining the show was the band Disciple from Knoxville, Tenn. They were followed by Seventh Day Slumber from Dallas, Texas, Spoken from Nashville, Tenn., and Decyfer Down from Morehead City, N.C.

The crowd at the Perry Area Christian Events hall was young, and the music was loud. Joseph Rojas, front man for Seventh Day Slumber, introduced his 14-year-old son, Blaise Rojas, the band’s drummer, and most of the audience members were nearer Blaise’s age than his father’s.

Of the 22 players composing the five bands, only two were female, and they were members of Piercing the Darkness.

For those less inclined to the heavy-metal gospel, bowling was available on the south side of the entertainment complex.