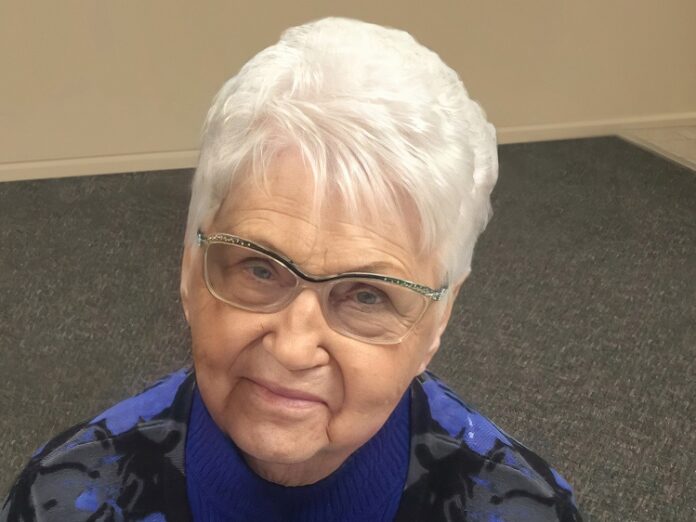 Barbara J. (Latch) Nail, 89, of Clarion and formerly of Rippey passed away peacefully Thursday, July 8, 2021, at the Iowa Specialty Hospital in Belmond, Iowa.

A casual graveside service for friends and family will be held July 29 at 11 a.m. at the Clarion Evergreen Cemetery.

Following graduation from high school in 1950, she married Dick Nail, who passed away in 2012. Together they had four children. Sadly, their daughter, Theresa Hague, and son, Dennis Nail, both preceded Barb in death.

Barb was a homemaker in Rippey and in Winfield, Iowa.

She managed the home and took great pride in her decorating abilities. She was a tremendous cook, always pleasing her family with their favorites.

You could hear Barb cheering on the Iowa Hawkeyes as she was a big fan and rarely missed a game.

Barb was also an experienced bridge player, something she took part in the last week before passing.

Grandkids, all of whom have special individual memories of grandma, agree that they will always remember laughing when she said “Davenport” for couch and “Breakfast food” for cereal. Each took turns with summer visits to see Grandma and Grandpa in Winfield and have continued a close relationship with her today.

Barb is survived by a son, Steve (Lana) Nail of Ankeny; a daughter, Sandy (Eric) Gabrielson of Nevada; seven grandchildren; and 15 great-grandchildren.

The family wishes to send a special thanks to the Meadows staff for their care, friendship and compassion. Ewing Funeral Home in Clarion was in charge of arrangements.