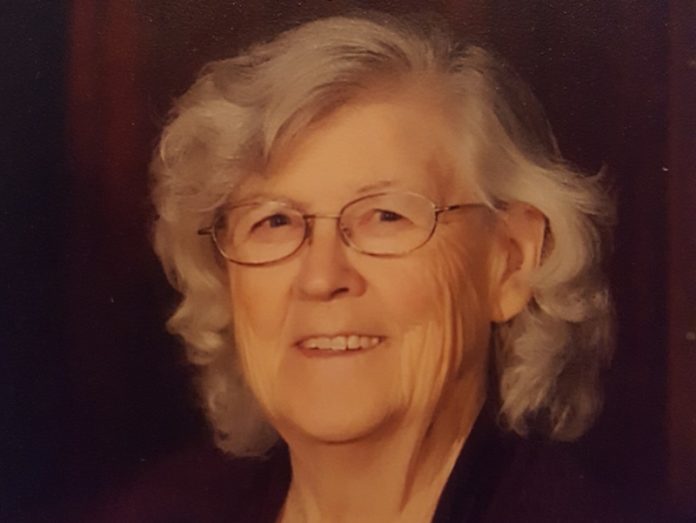 An extraordinary woman passed away April 29, 2020. Barbara Starling was and always will be an exceptionally strong, patient and steadfast woman who simply did what was required to raise, nurture and inspire eight children in America’s heartland. She did so quietly and steadily, with tremendous tenacity and infinite energy. Although frail in physique these past few years, Barbara still was able to live gently and love big. She leaves a big hole in many hearts.

A memorial for Barbara will take place Saturday, June 20 at 2 p.m. CST at the First Baptist Church in Perry. The service will also be available via Facebook. Search using the Facebook search bar for @firstbaptist12204thperryia or “First Baptist Church Perry Iowa” in order to locate the page and participate.

Barbara was born Feb. 16, 1935, in Perry, Iowa, to Walter and Hazel Peel. She was the youngest of three children.

Barbara was baptized at the First Baptist Church on Easter Sunday in 1947 and remained a longtime member. She believed that a personal relationship with God and a firm foundation of scripture was necessary for life. She demonstrated those beliefs throughout her life.

Barbara was a 1954 graduate of Perry High School.

After graduation, Barbara started her career as a nurse at Dr. Wilke’s practice. Her love and compassion for others was clearly displayed in this position. It was while working for Dr. Wilke that Barbara met her future husband, Vernon Starling.

They were married March 19, 1957, in Omaha, Nebraska. They quickly settled down and raised their eight children.

During this time, Barbara still found time to volunteer with the Dallas County Hospital Auxiliary. She truly enjoyed volunteering and did so for many years.

It wasn’t until most of her children were grown and left the house that she sought employment outside the home. She was up before dawn, making donuts at Suzie’s Pastry Shop. Then she took her cooking skills to Rowley Masonic Home, where she worked in the kitchen. She transitioned to Dallas County Hospital. where she was a cook until her retirement.

During retirement, Barbara remained active. She could always be found walking or riding her bike around town. She enjoyed growing a vegetable garden and working in the flower bed. She loved being outdoors and watching the clouds, squirrels and birds. She found joy in simple pleasures like sitting on the porch chatting with family, friends and neighbors.

Barbara continued to share her love with others by baking cookies, knitting slippers, giving a kind word of encouragement or just a hug.

Barbara’s faith in God and deep love for family was a resounding theme throughout her life. She loved unconditionally and had a unique ability to reach people in a deep and meaningful way, and she was always willing to help those in need.

She was a calm and peaceful person who drew others to her. She touched so many lives throughout the years.