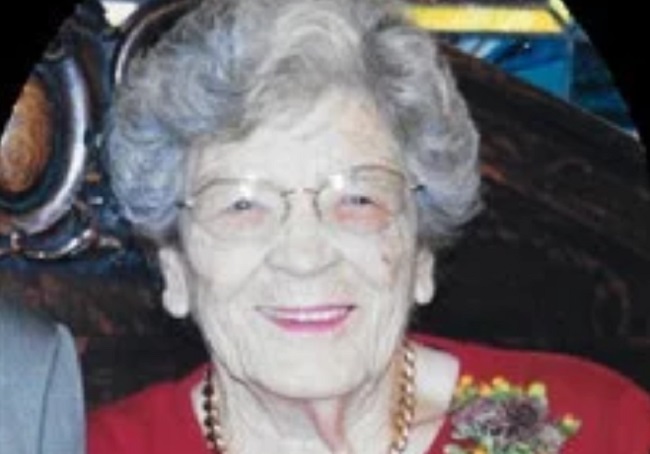 Funeral services for Betty Jean Lingren, 93, of Pilot Mound will be at 10 a.m. Friday, Nov. 22 at the Pilot Mound United Methodist Church in Pilot Mound. Visitation will be after 1 p.m. Thursday, Nov. 21 at the church, with the family present to greet friends from 5-7 p.m.

Betty Jean Lingren, daughter of Marion Merkle Wirtz and Mildred Violet Williams Wirtz, was born Feb. 17, 1926, in Boone County, Iowa, and died November 18, 2019, at the Israel Hospice House in Ames, Iowa, at the age of 93 years.

She attended and graduated from the Jordan Consolidated School in 1943. She then attended the Boone Junior College for one year.

During World War II, Betty worked for 18 months in the Signal Corps of the War Department in Washington, D.C., translating code from the Pacific. From December 1945 until April 1947, Betty worked as secretary to the superintendent of the Jordan Consolidated School.

On Nov. 8, 1946, Betty was united in marriage with Earl Floyd Lingren at the Prairie Center Church north of Jordan. To this union, five children were born: Steven, Stanley, Melinda, Machelle and Lorna.

After their marriage, the couple lived in Betty’s Grandma Williams’ apartment in Boone, later moving to their own apartment. In 1948 they moved north of Boone to start farming and moved to rural Pilot Mound in 1953. In 1969 they moved to their present farm, and in 1996 the couple built their retirement home on the farm, though they never really retired.

Betty was a member of the Pilot Mound United Methodist Church and the American Legion Auxiliary.

She was awarded the Honorary State 4-H Member Award in 1988, and she, Earl and Stanley were honored as Master Pork Producers in 1994.

Betty was also a 4-H leader and Sunday School teacher for many years. In 1983 Betty, Earl and their sons were given the Meritorious Service to 4-H Award.

Betty worked side-by-side with Earl on the farm as well as caring for her children, grandchildren and great-grandchildren. She also maintained all of the book work for the farms and livestock.

She proved to be a wonderful role model, having always been a guiding hand in the lives of her grandchildren. Her pride and joy were her grandchildren, and she didn’t miss an opportunity to brag about them.

Memorials in her name may sent to the Hastings Funeral Home.