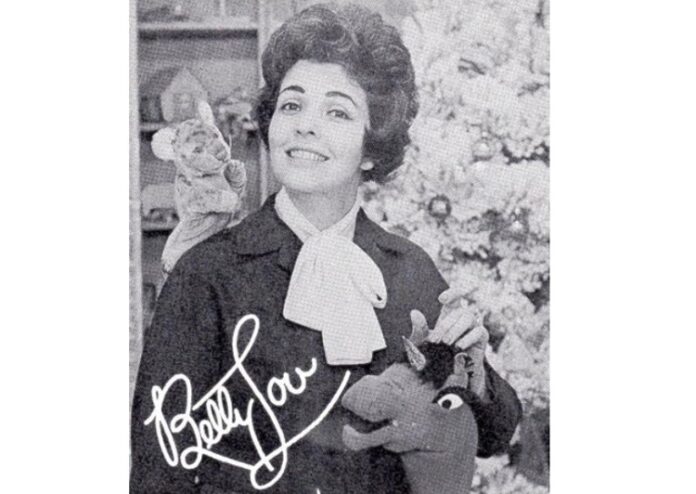 Our beloved Betty Lou McVay Varnum passed away Aug. 4, 2021, having lived a wonderful, vibrant, courageous, loving and impactful life, bringing joy and magic to generations of her family and children across Iowa. She was 90 years old.

In the nursery, Glen’s eye caught sight of a tiny baby with big brown eyes looking right at him. He reached into the bassinet, and that baby grabbed his finger and wouldn’t let go. That day, the new McVay family went home with a baby girl.

As an only child, Betty Lou grew up with two doting, well-to-do parents who cherished and loved her as much as any parents could, and Betty Lou forever loved them. She never, ever wanted to find her biological parents, as some adopted children do, because the McVay’s were perfect. She gladly participated in her father’s attempts to make her an outdoorsman, but he did buy her dolls with carriages, bicycles with baskets and purebred puppies.

Betty Lou attended the University of Wisconsin in Madison, where she received a bachelor’s degree in psychology with a minor in English literature. She especially loved Shakespeare. After graduation, she returned to Platteville and became a teacher. It was one of Betty Lou’s college friends from Ames who recommended her as the replacement host for “The House with the Magic Window” show on WOI-TV. Glen and Louise installed a TV antenna in the backyard tall enough to get the signal.

Betty Lou hosted “Magic Window” from 1951 through 1994, and it became the longest-running children’s television show in America. It is on this set where she met her husband, James “Red” Varnum. A secret that no one ever told, lest the children would lose the magic, was that Red was the voice and hand of Gregory Lion and Dusty the Unicorn. These two, Betty Lou and Red, created the longest partnership in a starring role in TV history.

Betty Lou is most famous for the “Magic Window,” but it was her work on other shows that she was the most proud of — most notably, her talk show “Dimension 5,” where she brought to light the American Indian movement, women’s equality and Gay and Lesbian rights and interviewed Medal of Honor and Nobel Prize winners.

She won the McCall’s Golden Mike Award and a trip to the White House for her series “Status 6.” In this series, she brought the plight of Iowa’s handicapped to light. Betty Lou brought understanding to the community and inspiration and advice to the handicapped on reentering society.

Other shows were “Special Edition,” which examined Iowa topics, and “Stringers Newscast,” an Iowa Governor’s Arts Award winner that featured videos produced by the public.

Betty Lou and Red Varnum will rest together at the Ames Municipal Cemetery. The Magic Forest continues in all of us. Come and sit on the Magic Forest bench in the Ames Municipal Cemetery, and reflect on the fun and happy memories you had in the “House With the Magic Window.” The “Magic Window” set and her beloved furry friends rest at the State Historical Museum of Iowa.

If you desire to make donations in Betty Lou’s name, she likes animal shelters and St. Jude Children’s Research Hospital or make a donation to your favorite charitable organization.