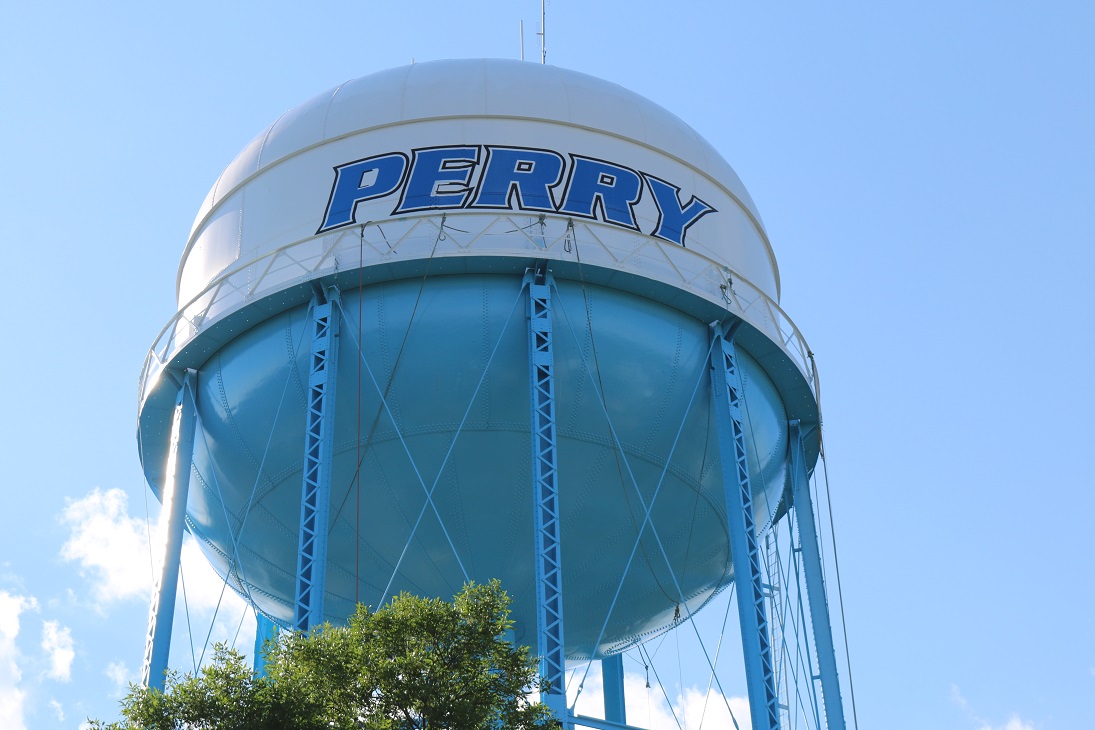 Perry is officially blighted. At least that is the professional opinion of Simmering-Cory Inc., the Clear Lake-based urban planning and development company hired by the city of Perry to conduct a blight assessment. Simmering-Cory presented its report earlier this month to Perry City Administrator Sven Peterson, who in turn passed it on to members of the Perry City Council.

Blight is an unlovely word for an unlovely thing. That Perry is blighted is not good news, but it might turn out to be a mixed blessing of sorts. A judgment of blight by Simmering-Cory has the potential to help the city leverage federal funds — such as dollars in the U.S. Department of Housing and Urban Development’s Community Development Block Grant (CDBG) programs — that could jumpstart a renaissance of residential housing development in Perry, according to city leaders.

CDBG programs are administered at the state level by the Iowa Economic Development Administration (IEDA) and routinely used to fund not only housing improvements but also sanitary sewer and storm water sewer projects, downtown revitalization programs, acquisition and demolition activities and street extensions and improvements — all areas cited in the Simmering-Cory study as needed in Perry.

So a finding of blight is not a death sentence but a clear-eyed diagnosis of where the disease — or at least a part of it — appears to lie.

“Every community has some degree of blight within it,” said Justin Yarosevich, city planner with Simmering-Cory and lead author of the blight report. “It has a negative connotation but as we looked at the community, there’s a lot of great properties. There’s a lot of great things happening in Perry. You have a wonderful downtown. You have thriving businesses. You have historic homes. You have all those kinds of things going for you. This just takes it to the next step, and I think that’s what Sven is trying to do.”

Peterson said blight is “one of the things that CDBG looks to address, so it’s a good thing to have for those applications, not only for housing but also infrastructure.” He said it is “one thing to call yourself blighted, but then you have to come out and say, ‘We’re blighted now, but these are the things we’re going to do, and this is a plan to address some of that.’ So we’ll try to take advantage of it and turn the thorn into a nice, pretty rose.”

Peterson told the council he had a conference call last week with Marsha Cory of Simmering-Cory and Robert E. Josten, the city’s bond attorney with the Des Moines firm of Dorsey and Whitney, and “they are both comfortable moving forward with an urban revitalization plan, and that would set us up for installing a tax-abatement program.” He said he hoped to present for the council’s consideration at the next meeting a draft agreement with Simmering-Cory to write Perry’s urban revitalization plan.

Blight is defined in the Iowa Code, and Simmering-Cory used the state’s legal definition in its assessment of Perry, Yarosevich said. By law, once 25 percent of a community is deemed blighted, then the community as a whole qualifies as blighted because of the effects associated with the 25 percent.

“Blight conditions need not be evident throughout the area being evaluated,” according to the blight assessment report. “The fact that some individual residential properties or residential blocks are free from blight does not negate the finding of blight. The blight finding is not only just related to a physical condition of the City’s housing stock but includes consequences where the surroundings become undesirable and negatively influenced. The presence of these undesirable conditions results in a negative impact on the community as a whole.”

“We look at the community as a whole,” he said. “It’s an opportunity to classify, based on that Iowa Code definition, and to provide an opportunity or opportunities to a community to leverage potentially other funding sources for the community — certainly the Community Development Block Grant but also possibly tax abatements.”

Nicole Hansen, IEDA community investments team leader, said a blight assessment is needed in order to apply for the IEDA’s Downtown Revitalization program, for instance, which is funded through the CDBG program.

In order to qualify as blighted in CDBG terms, one or more of the following conditions must be documented in at least 25 percent of a community’s properties:

Staffers from Simmering-Cory conducted a windshield survey of Perry’s residential properties over two October visits. They evaluated houses to determine the general exterior condition and level of deterioration and classified them into three categories: deteriorated, blighted or non-blighted.

The Simmering-Cory surveyors visually inspected 2,232 residential properties and categorized 601, or 26.9 percent, as blighted “based on observed conditions of structural blight,” their report said.

The blight assessment’s results by and large agree with preliminary findings of the housing-needs assessment currently underway for Perry by the Carroll-based Region XII Council of Governments. Region XII housing experts made a similar windshield survey of Perry in November and rated all the houses in town on a scale of two to four, with two being excellent and four dilapidated. Results of the windshield survey were then mapped.

To some extent, both studies — the housing needs assessment and the blight assessment — told us what we already knew: Perry is relatively poor in comparison with the rest of Dallas County, and its poverty is reflected both in personal incomes and property values, among other indicators.

While Waukee, one of Perry’s sister cities in Dallas County, issued a record number of construction permits in 2015 for single-family dwellings, Perry itself issued, according to Perry Building Official Steve Tibbles, exactly zero. Tibbles did point out Bear Development’s 38 low-to-moderate-income apartment units now under construction near Pattee Park in Perry and the 32-unit Hamlin-Bell apartment complex planned on east Willis Avenue.

Elements in a blight assessment
1 of 6

Perry’s dormant market in new single-family homes was noted in the blight assessment, which counted “a total of 33 new homes constructed in Perry” since 2005, but the “number drops significantly after 2010, when only two homes were built over the five-year period between 2011 and 2015.”

In addition, “a number of bare lots were observed within residential neighborhoods,” the blight report said, and “there were several residential subdivisions that were developed in various areas of the City but that still have a significant number of unsold lots.”

In the nine months since the Perry Residential Housing Task Force presented its report to the Perry City Council, efforts in both the public and private spheres suggest Perry might not readily submit to the fate of many of Iowa’s small rural communities. No, blight is not a death sentence but instead can be a further spur to efforts already underway to revive the town’s health and growth. Some of these efforts will be surveyed in the second article in this series.

The consultant from Simmering-Cory who delivered his company’s verdict on Perry did not make it sound fatal.

“We loved our time down in Perry,” said Yarosevich, who worked 17 years in local government before moving into consulting. “I’m from Storm Lake, so the community is actually similar to home. I enjoyed working with Sven and the people from the city, and I hope we have an opportunity to work with them some more. There’s a lot of great opportunity in Perry. We did have a finding of blight there, but ultimately it boils down to it’s a unique community with some opportunities in the housing realm.”

‘Comfort me with apples’ from library next Thursday