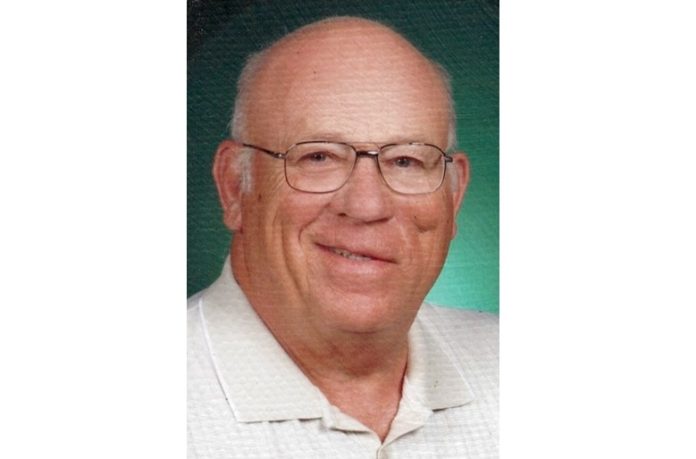 Visitation will be Monday, June 22 from 1-7 p.m., with family present from 5-7 p.m. at the Carris Family Funeral Home and Cremation Care in Perry. A private family Mass of Christian Burial will take place at St. Patrick’s Catholic Church in Perry. Burial will be at the Iowa Veterans Cemetery at Adel.

Memorials will be given to St. Patrick’s Catholic School and St. Croix Hospice and may be left at the funeral home. Online condolences may be sent at www.carrisfuneralhome.com.

He attended school at Britt High School and then went on to attend the University of Iowa.

Bob served his country in the U.S. Army.

He was united in marriage to Winifred Joan Gallo at St. John the Evangelist Catholic Church in Wellesley Hills, Massachusetts, Aug. 29, 1964.

Bob worked at Hawkeye Security Insurance starting in 1970 until retiring in 1998.

He was a member of the St. Patrick’s Catholic Church, American Legion Post 85 in Perry, the Perry Golf and Country Club, SORE Coffee group and served as Grand Knight for the Knights of Columbus and was a lifetime member of the Perry Elks Club.

He adopted the first-grade class each year at St. Patrick’s School for many years in honor of his sister, JoAnn.

Family was important to Bob. He enjoyed cooking, and breakfast always had to be served hot. Bob was proud of his grandchildren, always faithful to go to Mass, served as a lector and helped with the St. Pat’s garage sale.

He enjoyed fun parties with friends.

In death he rejoins his parents, Leonard and Florence; and a sister, JoAnn Rounds.