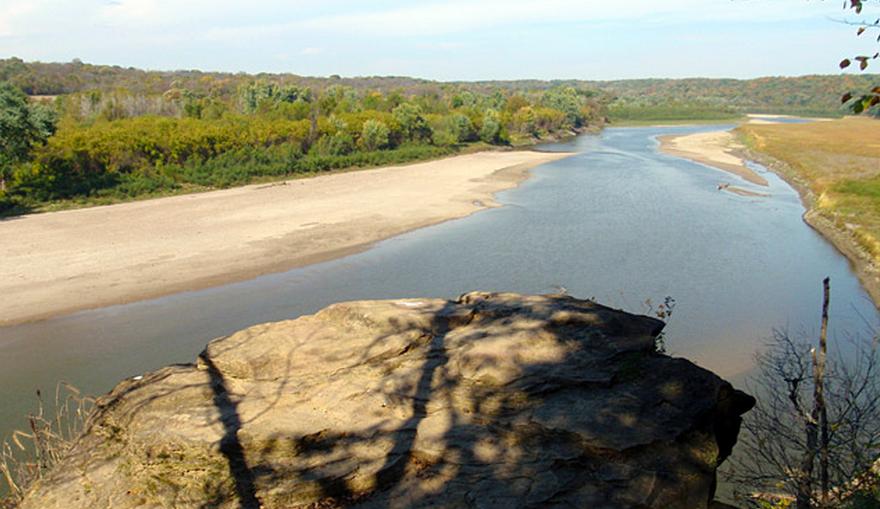 Boone County Sheriff’s Deputies responded Sunday night about 8 p.m. to a call from Ledges State Park. The caller reported someone had fallen off the Lost Lake hiking trail and into the Des Moines River.

Deputies responded along with Boone County Search and Rescue and the Boone Fire Department and Boone EMS. McCain Kester, 18, of Boone, was rescued and flown to a Des Moines hospital, where his condition is unknown.

“We had to go in from the Des Moines River side,” Boone County Chief Deputy Rick Lampe said Monday morning. “Boone County Search and Rescue got the subject and transported him down to the 57 boat ramp, where he was airlifted to a Des Moines hospital.”

Lampe said the trail is a common place for falls.

“They go to a location in the park called Lost Lake. It’s a hiking trail, and you can see the whole Des Moines River from a point of view up there,” Lampe said. “And of course, he got too close to the edge and slipped and fell. We had one down there last week, a young lady was down there writing on the rocks or using chalk-paint on the rocks, doing some artwork, and she did the same thing.”

During the rescue, Kourtnie Sawatzky, 18, of Boone, was arrested on a charge of interference with official acts and disorderly conduct, Lampe said.