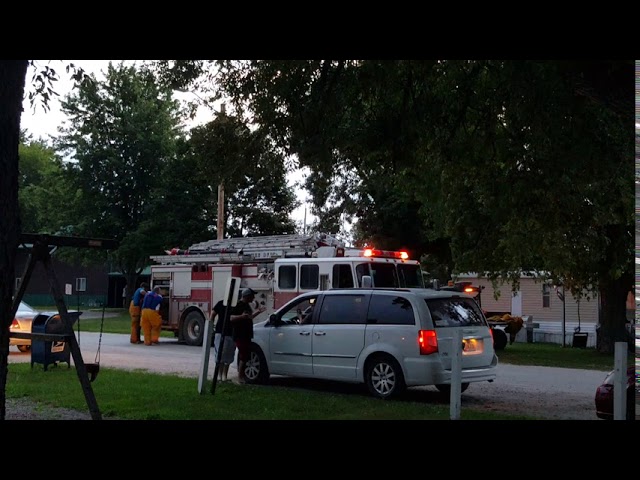 An electrical fire in a Bouton mobile home was quickly controlled by the Bouton Volunteer Fire Department Wednesday night before major damaged occurred.

There were no injuries in the incident.

The Bouton firefighters were paged for a residential fire alarm at 103 E. First St. about 8:30 p.m. and were soon on scene at the residence, which lies across the street from the Bouton fire station.

Bouton Fire Chief Karl Harris said the fire appeared to start in electrical wiring in a kitchen appliance. He said the unit was filled with electrical smoke when firefighters arrived, and exhaust fans were used to clear the smoke from the residence.

The 44-year-old mobile home was vacant at the time of the fire. The home is owned James and Stephanie Broderick of Bouton, according to county records.