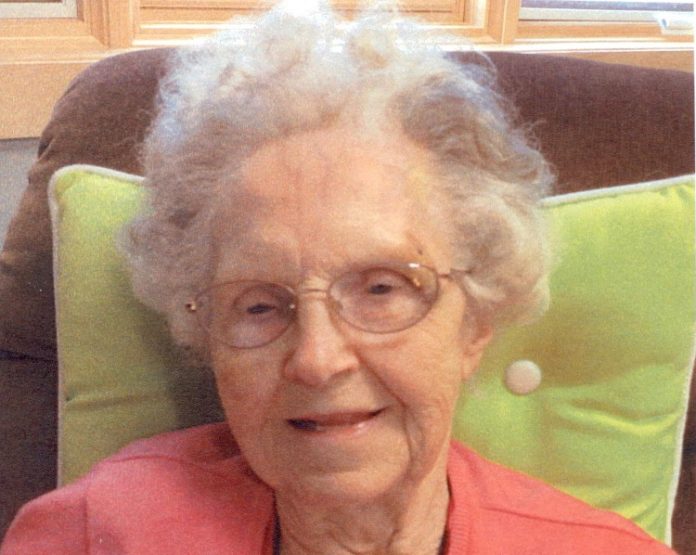 Carmon Z. Sandal, daughter of Edwin Erickson and Trenvilla Finnestad Erickson, was born Aug. 26, 1925, on a farm north of Perry, Iowa, and died Aug. 14, 2016, at the Rowley Memorial Masonic Home in Perry at the age of 90.

Carmon grew up in Boone County.

She went to a rural school in Rippey before graduating from Barnum High School.

In October 1944 Carmon and William Smith were united in marriage. The couple was blessed with two children, Tom and Jeanie.

The family made their home in Fort Dodge until 1958, when Carmon and her children moved to Perry.

She worked for Parker’s Flower Shop and the Perry Theatre.

Carmon was an avid doll collector. She enjoyed going to antique shows and favorite places to shop for antiques.

Carmon also enjoyed planting and caring for her flowers.

What she loved most of all was spending time with family, going out to eat and traveling.