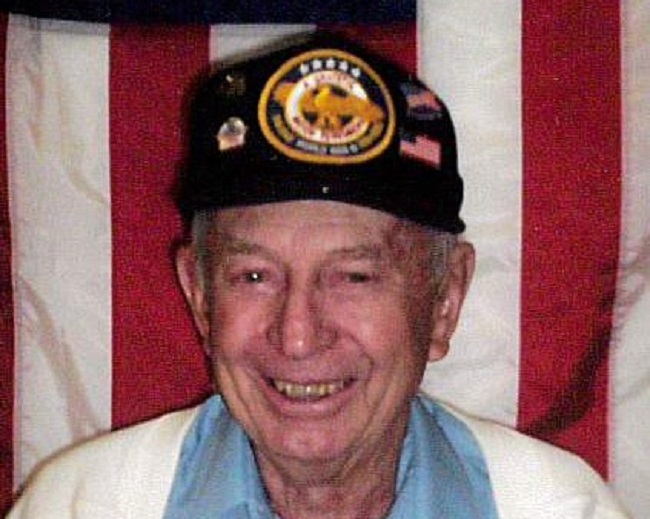 Memorial services will be 10:30 a.m. Wednesday, Sept. 16 at St. Paul’s Lutheran Church in Bouton. Burial with military honors will follow the service at the People’s Cemetery in rural Bouton. Visitation will be held from 5-7 p.m. Tuesday, Sept. 15 at Murdock Funeral Home in Perry. It is preferred that masks be worn and social distancing be observed.

Carvel Louis Naeve was born Nov. 12, 1927, on the Naeve farm in rural Woodward, where he lived his entire life. He was the only child of Louis R. and Elsie H. (Bodansky) Naeve.

Carvel graduated as Valedictorian of the Woodward High School class of 1945. He immediately enlisted in the U.S. Army and attended South Dakota State University until he entered into active duty in 1946.

He was a proud World War II veteran, serving his country stateside. He was honorably discharged in February 1947.

Carvel returned home to farm with his father, Louis, and his Uncle John. He was a livestock and row crop farmer. He made lots of hay!

On Aug. 12, 1956, he married Phyllis A. Pardun at St. Paul’s Lutheran Church in Bouton. They had three daughters, Kristie, Sue and Ann.

Family was always important, as he followed the girls’ activities wherever they went.

In retirement, Carve and Phyl loved to travel.

Left to cherish Carvel’s memory are his wife of 64 years, Phyllis, of Woodward; daughter, Kristie and husband, Jerry Brown, of Algona; sisters-in-law, Suzi, Norma and Linda Pardum; and many friends and family members.

Memorials will be given in Carvel’s memory to Woodward American Legion Post 211 and scholarships for Woodward-Granger High School graduates.