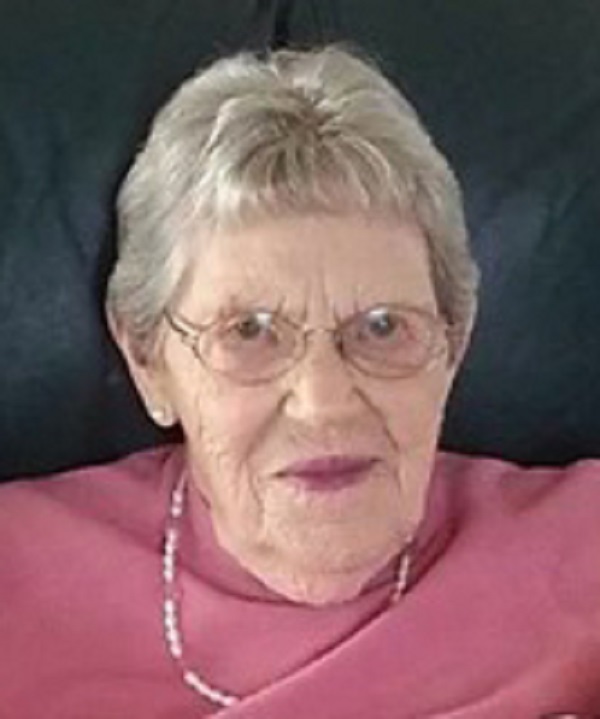 She graduated from Creston High School.

On Oct. 3, 1937, Catherine was united in marriage to Charles T. Jackson in Creston. To this union two sons were born.

As an educator and school administrator’s family, they lived in Nevinville, Rossie and Early. While in Early they operated the Jackson Grocery, and Catherine operated a cafe and catering business.

They moved to Cedar Rapids after Charles accepted employment with the Grand Lodge of Iowa, and Catherine worked as a sales associate for Armstrong’s Department store and Bailey’s Corset shop.

Because of Charles’s work with the Masonic Lodge and Grand Lodge of Iowa, they made many dear friends during their extensive travels.

After retirement they lived in Panora and Perry, where they maintained an active life and enjoyed making new friends while being involved in their churches and the McCreary Community Building.

After Charles passed away Oct. 3, 1996, which was their 59th wedding anniversary, Catherine moved to an apartment at the Rowley Masonic Community in Perry. She especially enjoyed attending musical programs and ice cream socials in the area.

Catherine was always busy. She was a wonderful cook with a huge collection of recipes that she loved to share. She enjoyed numerous hobbies and making things to give to her friends and family.

She was active in the churches they attended, was a member for more than 50 years of the Order of the Eastern Star and was a member of the Perry Methodist Church.

Catherine was a role model and leaves a legacy of serving others and unconditional love to her family and good friends.

Catherine passed away Dec. 31, 2015, at Meth-Wick Manor in Cedar Rapids at the age of 97. She was preceded in death by her parents and her husband, Charles.

She is survived by two sons, Robert (Judy) Jackson and Verlyn (Mary Ann) Jackson, all of Cedar Rapids; four grandchildren; seven great-grandchildren; and one great-great-granddaughter.

Catherine touched the hearts and lives of many and will be greatly missed.