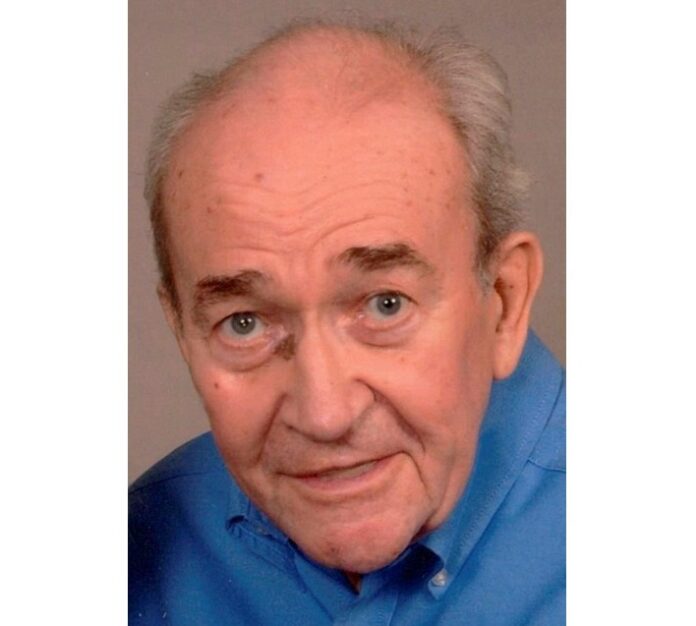 Chad Hoffbeck, 84, of Perry passed away Sunday, Dec. 4, 2022, at the King’s Garden Campus of the Perry Lutheran Homes in Perry, Iowa.

Funeral services will be held Friday, Dec. 9 at 10:30 a.m. at the Christ Lutheran Church near Bouton. Visitation will be Thursday, Dec. 8 from 5-7 p.m. at the Carris Family Funeral Home and Cremation Care in Perry. Burial will be at the Violet Hill Cemetery in Perry, Iowa.

Roger Chadwick Hoffbeck was born May 28, 1938, in Ortonville, Minnesota, to Arthur and Geraldine (Sparks) Hoffbeck.

The “Roger” nomenclature was cast off immediately, and has was known throughout life as Chad or simply R.C.

There were many moves early in life as the family followed available work, eventually settling on a farm near Wood Lake, Minnesota, for Chad’s high school years.

He labored on the farm as always but also worked at a local print shop in town.

Chad was also known to participate in the annual SDSU Hobo Day parade and, dressed as a hobo, once took over the duties of leading the band while on the parade route.

Summers off during the undergraduate years were spent at the Charles L. Sommers Wilderness Canoe Base run by the Boy Scouts of America. Here he found his dream job in the wild areas of northern Minnesota and southern Canada.

A stint as a professional Scout Executive followed college graduation, and it was while working in that position that he discovered the love of his life and future wife, Georgene. Chad was united in marriage to Georgene Ann Engel at Central Baptist Church in Sioux Falls on May 26, 1962, and remained so until she passed on June 4, 2022.

A subsequent return to South Dakota State resulted in master’s degree in education with an emphasis in psychology. A career in human services focusing on rehabilitation was started shortly after in Pierre, South Dakota.

The family moved to Perry in 1969, and Chad began working at what is now the Woodward Resource Center. While there he helped work to usher in many large changes, including the building of residential housing and the transfer of all clients into them from large dormitory style housing.

He was the assistant superintendent at Woodward for many years before taking on other responsibilities. The adaptive equipment center and the work it did was something he was particularly proud of.

In later years, Chad loved helping Georgene at the Bridal Boutique in Perry. Together they service many weddings for new couples until both eventually retired.

He was a member of the Christ Lutheran Church, past president of the Perry Chamber of Commerce and a member of Perry Industries.

He had a very strong sense of duty to family and his role as provider and caretaker that remained with him until the end. He always placed the good of the family before himself.

Chad was interested in many things and helped a great many people through his wise council. He will be missed by many in a large assortment of ways.

In death he rejoins his wife, Georgene; parents, Arthur and Geraldine Hoffbeck; a brother, James Hoffbeck; and a daughter-in-law, Elizabeth Hoffbeck.

Memorials will be given to his family later designation and may be left at the funeral home. Online condolences may be left at www.carrisfuneralhome.com.