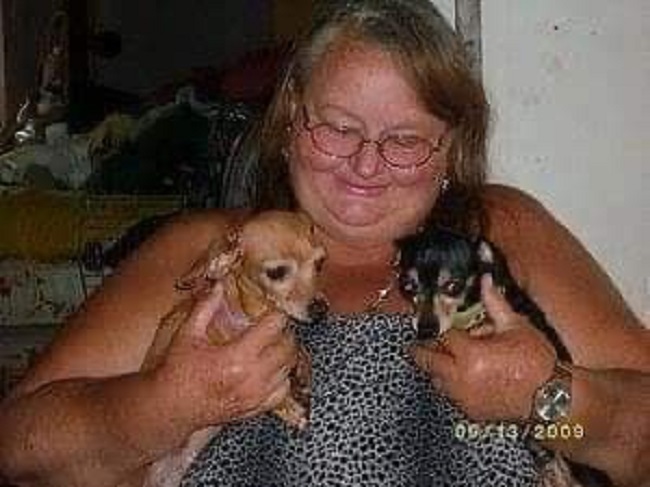 Services are pending for Charlotte “Jane” Stout Berry, 74, of Trenton, Missouri, and formerly of Perry.

Jane passed away Nov. 17, 2021, at Livingston Manor in Chillicothe, Missouri.

Charlotte was born Nov. 6, 1947, in Perry, Iowa, to Alice and Charles Stout. She was the third-eldest child and their first daughter. She was named after her father’s mother, Charlotte Jane.

Charlotte was raised in Perry and lived in many places throughout her life.

Charlotte had many careers throughout her life also. The one she loved the most was being a CNA at Crest Home Services in Des Moines. She worked with mentally challenged adults, helping them live and work in the community.

Charlotte moved back to Trenton in 2005.

Charlotte loved taking care of her family and fishing as well as auctions, yard sales and being outside. Charlotte was a loving daughter, sister, mother, grandmother ,great grandmother and friend.

Surviving relatives include her sons, Jeff his husband, Rueben Weber, of Omaha, Nebraska, and John Berry and his wife, Denise Berry, of Trenton; daughter, Jammie, and her husband, Leon Sheley Sr., of Oklahoma City, Oklahoma; four brothers, Willard and his wife, Kate Stout, of Derry, New Hampshire, Michael and his wife, Jane Ann Stout, of Boone, Daniel Stout of Perry and Andrew and his wife, Diane Stout, of Perry; five sisters, Catharina Blaser of Perry, Susan Hegstrom of Perry, Diana Brown of Stuart, Anna Larson of Des Moines and Sara Guzman of Perry; 11 grandchildren; and 25 great-grandchildren.

Those preceding her in death include her parents; one son, Charles Wayne Berry of Trenton; one daughter, Catherine Berry Hegstrom; one brother, Patrick, and his wife, Sandra Stout, of Perry; and five great-grandchildren.

Charlotte will be missed greatly by both family and friends.