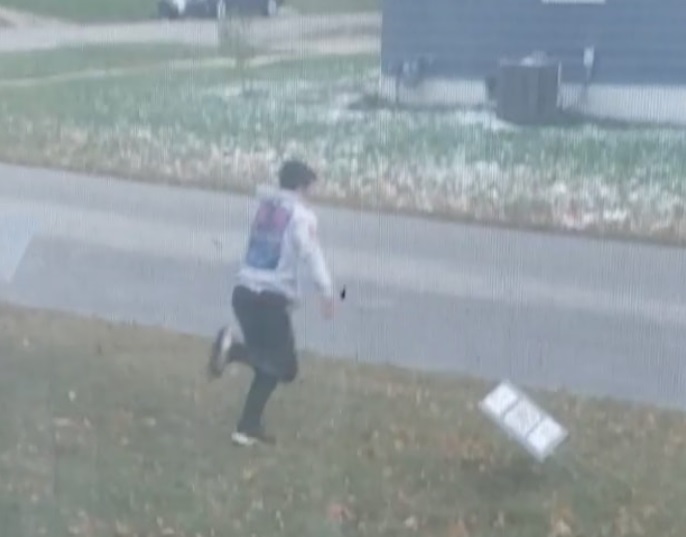 A boy damaged a Black Lives Matter yard sign Monday afternoon in north Perry, and the owner of the sign caught the offense on video.

According to the occupant of the residence, the “pre-teen or young teen” male entered onto the property about 4:45 p.m. and “intentionally slammed into and tried to knock over our Black Lives Matter sign.”

The resident posted an image on the Perry Community Facebook page of the destructive event, after which the child “took a bow and waved” at the recording resident. The Black Lives Matter supporter also observed that “it seems like sign destruction is an issue going around town, lately.”

The victim of Monday’s aggression offered some advice to the parents of the child and to the community at large.

“If he’s your kid, you’ll probably want to tell him to stay off other people’s yards and away from their signs, regardless of his opinions about their views,” the victim said, and others  could use the incident as an occasion for family discussions about “finding constructive ways to express disagreement” without recourse to violence.

“As a teacher, I’m all about young people having opportunities to develop and express their views,” the victim said, “but preferably without trying to stop me (or you) from expressing mine (or yours).”