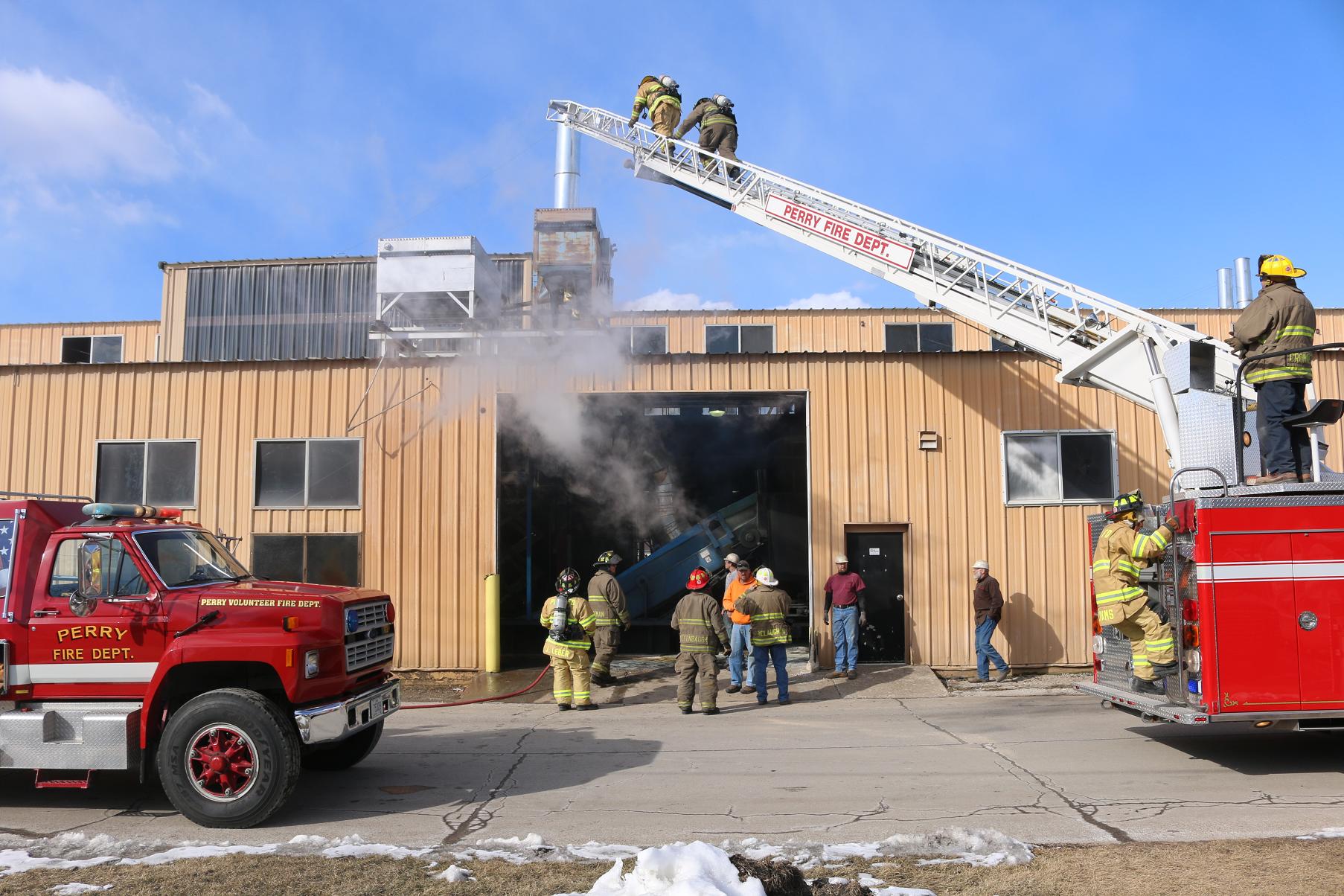 A chimney fire broke out about 3:30 p.m. today at Wiese Industries, 1501 Fifth St. in Perry, according to Alan Lenz, president of Wiese Industries. Wiese employees contained the blaze with fire extinguishers until the Perry Volunteer Fire Department responded and quickly controlled the fire.

“These chimney fires seem to happen about once every two years,” Lenz said. “There’s a lesson in there.”

He said Wiese employees are thoroughly trained in fire prevention and control, and the factory is well stocked with fire extinguishers.

“There’s a buildup in the chimneys of an oil film,” Lenz said, “and every so often they catch.” He said Wiese Foreman Jim Stahl was on the floor when the fire broke out and led the control efforts until firefighters arrived.

“Our guys are very well trained,” Lenz said. “They know how to take control of these fires before they get out of hand.”

Perry Volunteer Fire Department Chief Chris Hinds said this kind of chimney fire is “routine. The exhaust system vents the furnaces, and junk builds up in there over time and catches.”

Hinds compared it to the fire last Monday at Osmundson Manufacturing west of Perry.

“The Wiese workers had things in hand, so our crew just shot some water up from inside and dropped some foam from above to cool things down.”

Hinds praised the quick action of the Wiese workers in controlling the fire.