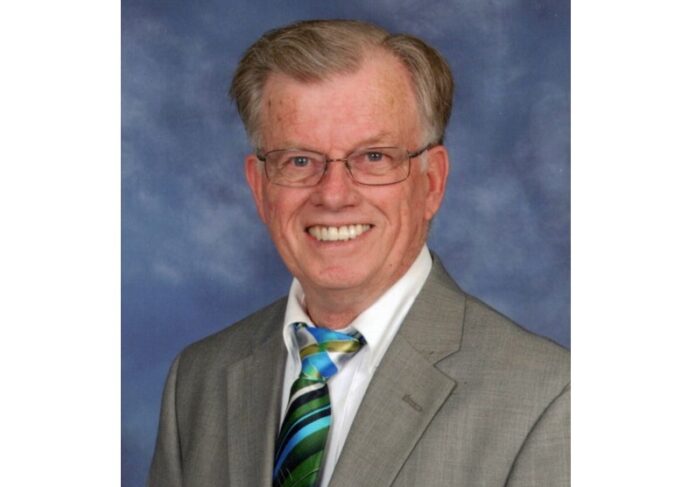 Charles “Chuck” Landon, 80, of Minburn passed away suddenly on Wednesday, July 20, 2022, at his home near Minburn, Iowa.

A Celebration of his life will be held Saturday, Aug. 27 at 2 p.m. at the United Methodist Church in Minburn. Visitation will be on Friday, Aug. 26 from 1-7 p.m., with family present from 5-7 p.m., at the Carris Family Funeral Home and Cremation Care in Perry. Private burial will be at the Elmwood Cemetery in Minburn.

He attended school at the Sunnyside country schoolhouse in Decatur County until the family moved to the town of Leon, where he then attended Leon Elementary and High School, graduating in 1960.

Before the age of 10 years old, Chuck worked at his ailing dad’s full-service gas station, pumping gas, cleaning windshields, checking oil and taking money. He would open the station in the early morning, shut it down to attend school and then reopen it afterwards until closing up to head home for supper.

This established his work ethic, which continued throughout his life. He strongly believed in working hard to take care of his family, first as a son supporting his elderly parents and later as a husband and father.

After graduating from high school, Chuck enrolled at the University of Northern Iowa, studying to be a math teacher. There he attended the Disciples of Christ Bible study group and was a member of the first men’s glee club at the school and wrestled in intramural tournaments.

During the summer of his junior year, he was working at the Iowa State Fair, selling hotdogs by Ye Olde Mill, when he met his future wife, Jacquetta “Jackie” Faye Ellis, who was camping at the fair with her family. They reconnected when they both attended UNI that fall and started dating.

They were united in marriage at the Minburn United Methodist Church on Dec. 19, 1964.

Chuck enlisted in the U.S. Army and was stationed in Korea during the Vietnam war. After serving, he and Jackie relocated from Washington state to Kansas City, Missouri, where Chuck worked for Hallmark Cards, and they started their family.

In the spring of 1970, the family moved to Minburn, where Chuck began farming with his father-in-law, Leo Ellis. He and Jackie took classes at Iowa State University, and he graduated with a degree in business administration in 1975.

During the winters, Chuck worked as an income tax preparer at Meriwether, Wilson and Co. in Perry for more than 30 years and retired in 2007. He continued to farm until 2013.

In Minburn Chuck was a member of the United Methodist Church, serving roles on the board as treasurer and later president. He also sang in the choir.

He was a member of the Minburn Lions Club, serving as president at one point. He also served a three-year term as a Central Dallas School Board member.

He was known as a kind man with a big smile that would light up a room. He had a sarcastic sense of humor and a quick wit. Even in his most recent years, as Alzheimer’s was deteriorating his brain, he maintained his humor and would still be known to come back with a quick jab. And if you were lucky enough to be the recipient of some good-natured teasing, then you can be assured that he really liked you.

Chuck had great love for others. He showed this through the positive words he would speak about people. He also showed this by his loyalty to his community, his friends, his family and especially to God.

Chuck wasn’t raised in a church-going family, but he was introduced to God at a church revival in his town as a child. From that point forward, he was committed to the Lord and would attend church regularly. As an adult he had a special affinity to minister to people.

He first led a junior high Sunday school class and later an adult class. He attended the Walk to Emmaus and enjoyed it so much that he sponsored seven men from his Sunday school class to attend the walk together. Later he led one walk as the director.

Chuck’s faith was very important to him, and he looked forward to the day he would be welcomed into God’s Kingdom.

In death he rejoins his parents, Maurice and Gladys Landon; sisters, Clella Hogg and Josie Overton; and an infant brother.

Memorials may be given to an Alzheimer’s charity of your choice and may be left at the funeral home. Online condolences may be left at www.carrisfuneralhome.com.