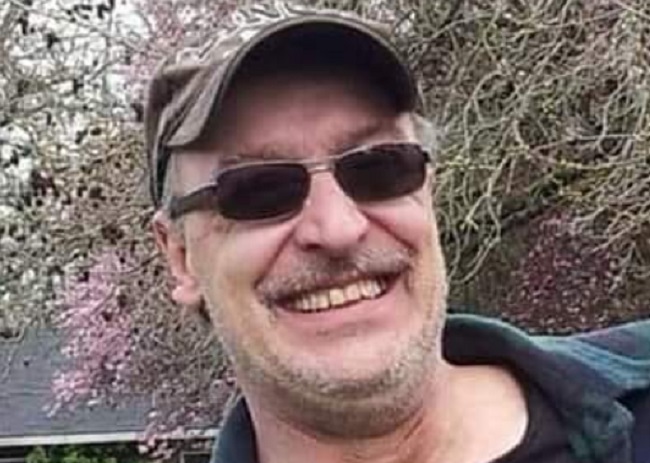 Charles “Chuck” Harold Crannell-Peterson of Keizer, Oregon, and formerly from Perry grew his wings on Sept. 11, 2020, after a brief but courageous battle with lung cancer. He was 61 years old.

In accordance with his and his family’s wishes, there will be a celebration of life held at a later date. Memorials and condolences may be sent to his GoFundMe page to help his family cover his final expenses and cremation.

Chuck was born at the Old King’s Daughters Hospital on April 28, 1959, the youngest of four siblings.

He graduated from Perry High School and later moved to Oregon, where he married and started a family.

Chuck’s personality was larger than life, with an infectious laugh and beautiful sense of humor.

Especially when it came to his family, he put others before himself, and did not burden his loved ones with the knowledge of the unimaginable and painful battle that he fought in his final days.

Chuck’s family is comforted by the fact that in death he now joins his eldest son, Charles Mac Cowles. Also preceding him in death were his father, Donald Crannell; and his step-father, Joseph Peterson.