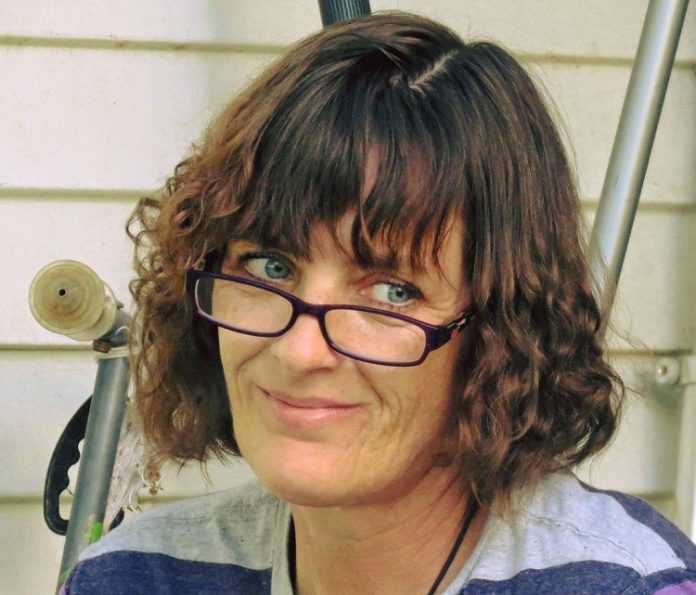 A celebration of the life of Cindy Harden Schuler will be held Sunday, Aug. 6 from 4-6 p.m. at the Hotel Pattee in Perry.

She was baptized and confirmed in the Perry Methodist Church.

Cindy attended Perry Community Schools and graduated from Perry High School in 1985. She enrolled in Midland Lutheran College in Fremont, Neb., and earned a Bachelor of Arts Degree in 1989 with a major in fine art.

Cindy loved to travel. In the summer of 1986, she enrolled in a UNI class to study the ecology and the environment of Alaska. The class camped in tents for six weeks as they traveled and studied across Alaska, doing various scientific activities. Cindy enjoyed climbing on glaciers, fishing for salmon, white water rafting, hiking mountain trails and seeing the sights of Alaska — when she wasn’t studying.

She traveled to Mexico in 1987 and visited Maria Gonzales and her family. Maria was an exchange student at Perry High School and had lived with the Hardens for the school year.

During her junior year of college, Cindy studied art at Trinity College in Carmarthen, Wales, in the U.K. She made lifelong friends during her studies there. In the summer of 1988, she traveled across Europe, visiting art museums in London, Ireland, Scotland, Lisbon, Paris, and St. Petersburg, Russia.

Cindy loved nature and the outdoors. She especially enjoyed canoeing and camping. One of her last outings was a float trip on the Raccoon River in April 2017. During her life, she had many animals as pets: dogs, cats, rabbits, peacocks, chickens, ducks, a pony and a parrot.

After she graduated from college, she worked at a commercial sign making shop in Omaha. She used her creative skills designing and painting a variety of signs for businesses.

In 1991 she moved to Tallahassee, Fla., and lived there for nine years. When in Florida, she worked as a restaurant server and a driver for the FedEx Company. She enjoyed being with people and was always on the go. She never wanted a desk job.

Cindy married Bill Schuler of Fremont, Neb., July 6, 1999. They moved into a 105-year-old house that is owned by the Schuler family. The house came with 20 acres of wooded pasture. This allowed Cindy to expand her menagerie of animals.

At the time of her illness, Cindy and Bill were the owners and operators of two Huey’s Smokehouse Bar-B-Q Restaurants in Fremont. She loved decorating her Bell Avenue restaurant in an eclectic-vintage style and seeing her regular customers. She worked very hard building the business clientele.

In lieu of flowers, Cindy has requested that memorial gifts be given to her children’s college funds, the Perry Humane Society or Planned Parenthood.

Cynthia is survived by her husband, William (Bill) Schuler; her daughter, Haley Schuler, age 15; her son, Will Schuler, age 8; her parents, Margaret and Raymond Harden; her sisters, Catherine (Tom) Ulrich of Florida and Christine (Brad) Hayden of North Carolina; her niece, Mikayla Ulrich; and her very good friends, Linda and Brad Bailey of Perry; plus many other friends and the Schuler Family.

Carris Family Funeral Home in Perry is assisting her family. Online condolences may be sent at www.carrisfuneralhome.com.