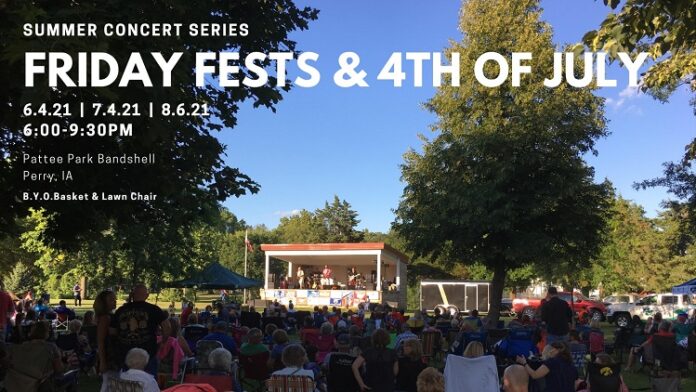 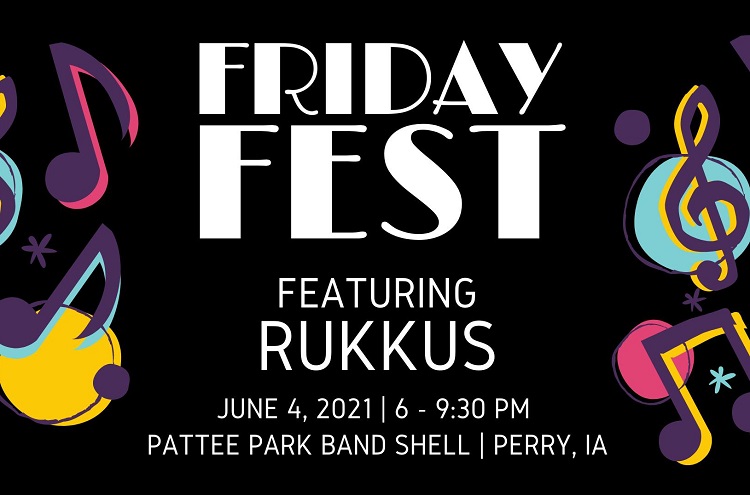 The novel coronavirus global pandemic upset last summer’s merrymaking in Perry, but summer 2021 will see a return of such perennially patriotic activities as the parade and Pattee Park celebrations on the Fourth of July as well as Friday Fests in June and August.

“We’re easing back into tradition this year,” the city of Perry announced on its website recently, “bringing back some of your favorite Fourth of July activities.”

The easing will begin Friday, June 4 at 6 p.m., when local favorites Rukkus will perform in the Pattee Park bandshell for Friday Fest.

The Fourth of July festivities will begin with a traditional parade and end with patriotic fireworks, with a full day of family-friendly fun in between.

Lineup for the Fourth of July parade will start Sunday, July at 10:30 a.m. in the East Perry Plaza in front of Stokely Lumber Co. Parade participation is free, and entrants may register online prior to the celebration. The procession will begin at 11:30 a.m. and move westward on Willis Avenue to Pattee Park, a distance of about two miles.

Parade entrants should follow the Fourth of July parade rules and regulations:

Fun and games in Pattee Park, including live music in the bandshell at 6 p.m., will follow the parade. For vendors wishing to sell their wares at the Independence Day celebrations, vendor applications are available in Spanish and in English on the city of Perry website.

The Independence Day celebrations will end with a fireworks display at 9:30 p.m.

Perry holiday makers are reminded to obey the city rules on the use of fireworks. For more information, see chapter 1125.940 of the Perry Code of Ordinances.

A second Friday Fest is scheduled for August 6, but the musical guest has not been revealed.