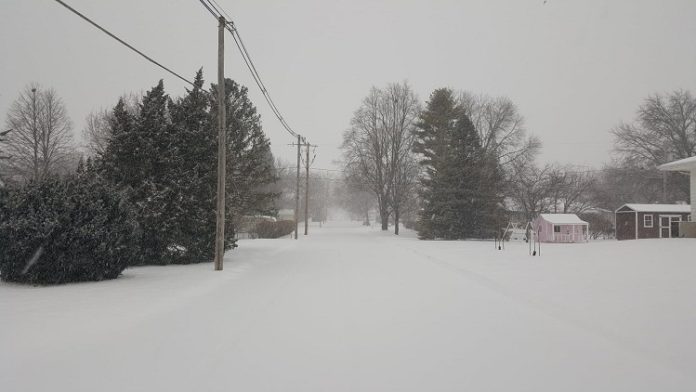 The city of Perry’s snow ordinance is now in effect, and residents should remove all parked vehicles from city streets and roadways until the snow stops and the streets are cleared by city snow plows, according to the Perry Police Department.

The ordinance was automatically activated with the current snowfall. According to the Perry City Code 69.13, a snowfall of one-half inch or more constitutes a “snow emergency.”

The city code defines a snow emergency as “any accumulation of snow in the amount of one-half inch or any amount in excess thereof. A snow emergency parking ban shall continue from its inception through the duration of the snow or ice storm and the 48-hour time period after cessation of the storm except as above provided upon streets which have been fully opened.”

If sidewalks are not cleared within the specified time, the city of Perry may perform the work and assess the costs against the property owners for collection in the same manner as property tax.