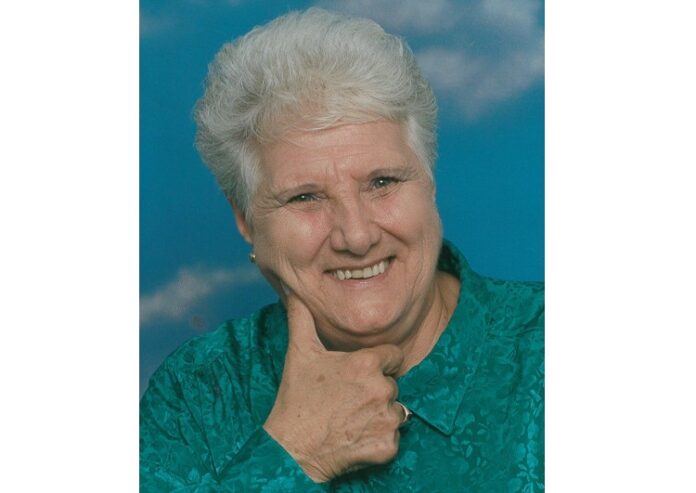 Clarice “Pat” Griffin, 91, of Perry passed away Friday, Nov. 26, 2021, at the Perry Lutheran Homes Kings Garden in Perry, Iowa. Graveside services will be held at Violet Hill Cemetery at a later date.

She grew up and attended schools in Minnesota.

Pat has been a Perry resident since moving here from Hubbard, Iowa, in 1972.

She worked for 22 years at the Woodward State Hospital School until her retirement. Pat worked in housekeeping and also as a supervisor.

Pat enjoyed being a grandparent volunteer for the Perry Day Care Center. She loved country music and dancing, card playing and car trips with her family and friends.

Pat was an avid Bible reader and enjoyed listening to hymns. She was a member of the Trinity Lutheran Church.

Preceding Pat in death were her parents; husband in 1976; one son, John, in infancy; one brother, Raymond Lance; one sister, Marie Hennagir; and a son-in-law, Jason Whelchel.

Memorials in Pat’s name will be directed to the family. They may be sent to Murdock Funeral Home.