Dallas County is set to lose one of its few remaining stretches of Level B roadway now that the board of supervisors has given the secondary roads department the go ahead on plans to upgrade a one-mile section of X Avenue in eastern Dallas County. 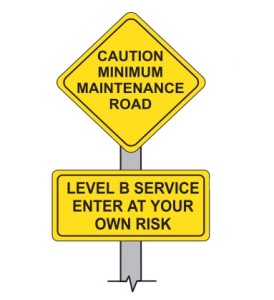 The dirt road lies just to the northwest of the Dallas Center-Grimes High School and southwest of the 9,600-head cattle feedlot owned by Brenton Brothers Inc. The stretch lies between 220th and 230th streets and forms the second mile of roadway running north from Iowa Highway 44.

With the fields of Bohrofen Farms on the west and Shafer Farms on the east, X Avenue makes a T-intersection at 220th Street, with the 320-acre Brenton Brothers animal feeding operation lying at its north end.

Dallas County Engineer Al Miller said the $120,000 project will include grading, drainage pipe replacement and granular surfacing of the roadway, which will be widened from 50 feet to 66 feet.

According to Chapter 14 of the Dallas County Code of Ordinances, the county can make such upgrades on its own initiative or on the advice of the county engineer, or an adjoining landowner or tenant can request a dirt road be surfaced with gravel or, in the language of the county ordinance, “reclassified as an Area Service System Level A road.”

“In this case, the adjoining property owner did request it,” Miller said. He said the proximity of the the DC-G High School and the Brenton Brothers feedlot were factors in the decision, and “the amount of grain farming that’s going on there came into play.”

“The sheriff’s office was in favor of upgrading it as well,” he said. “We’ve historically had a lot of problems with folks in trucks going out there when it was muddy and tearing up the road, which basically left this section of road unpassable for normal farming operations. So we’d have to deal with folks tearing out our Level B road signs and four-wheel driving out there and tearing up the ditches and drainage and everything else, and farmers couldn’t get down in there to do what they needed to do.”

Level B roads are typically graded in the spring and fall but are otherwise not maintained, and in rainy weather the mud roads attract four-wheeling thrill seekers.

“We’re not the Lone Ranger on that,” Miller said. “Every county in Iowa deals with that on Level B roads, but the location of the school might have brought a denser population of folks who like to do that very close. I think the sheriff’s department got quite a few calls about people tearing stuff up out there.”

The growing population of Dallas County and changes in land uses were also factors in the upgrade, Miller said.

“You can look at the map and see the corporate boundaries are kind of moving that way,” he said, “and as a road for agricultural purposes, it is maybe more necessary now than it was when it was designated as a Level B.”

The county can charge landowners requesting the upgrade half the cost of all surfacing and drainage work. It is up to the county board of supervisors to determine “whether the benefit of such road or portion of such road inures primarily to the applicant or to the general public,” according to Chapter 14.

“On this particular one,” Miller said, “it was decided that that link was necessary for the general public welfare, which relieved the property owner from paying for half. Basically, what they did do was donate about two acres of property for new right of way, and they were responsible to move all the fences along the route. That was their portion.”

Three of four new drainage pipes for the widened road have been laid.

“We just kind of got started on it this fall,” Miller said. “The intent was to work on it over the summer, but of course we had floods in the summer and didn’t get it done. We intend on getting on it as soon as the area is suitable to do work in again in the spring. We’re going to try to get on it, get it surfaced and get it back open.” 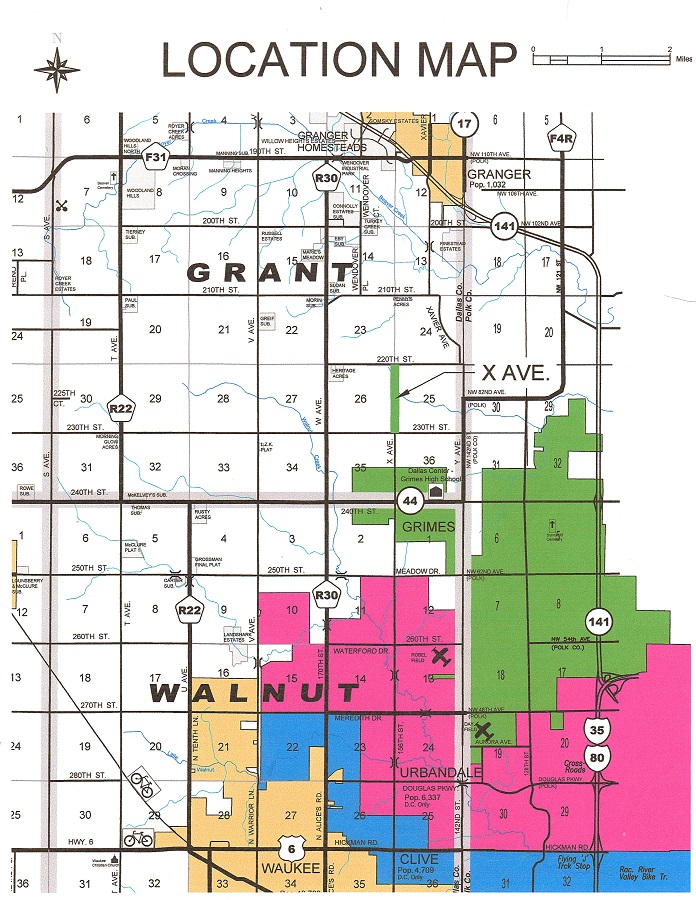 ‘Comfort me with apples’ from library next Thursday