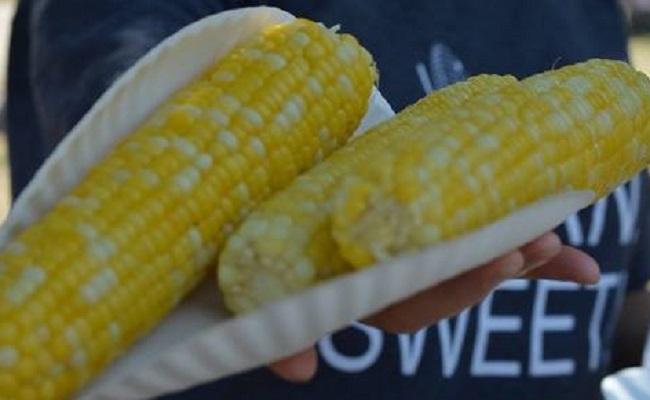 The 39th annual Adel Sweet Corn Festival opened with a 9:30 a.m. parade Saturday, and by 11 a.m. the grounds around the county courthouse were dense with corn-loving citizens under sunny skies and warm temperatures.

Eight tons of sweet corn disappeared in 2.5 hours, according to longtime volunteer Dale Klocke of Adel, who said that he couldn’t remember running out of that much corn in so a short a time.

Seven-term Adel Mayor Jim Peters and Adel Historical Museum Director Jan Price, both graduates of Adel High School, were joined by many other local notables in greeting old friends and new at the city’s annual celebration of Iowa sweet corn.

Along with the Sweet Corn parade, activities included a car show, 5K run, dancing and tumbling on the lawns, street vendors lining the streets and gear demonstrations by law enforcement, with the evening bringing the opening of the beer garden and music by the Chautauqua Road Band.

ThePerryNews.com reporter Michelle Heater caught some of the joyful sights in this photo gallery.