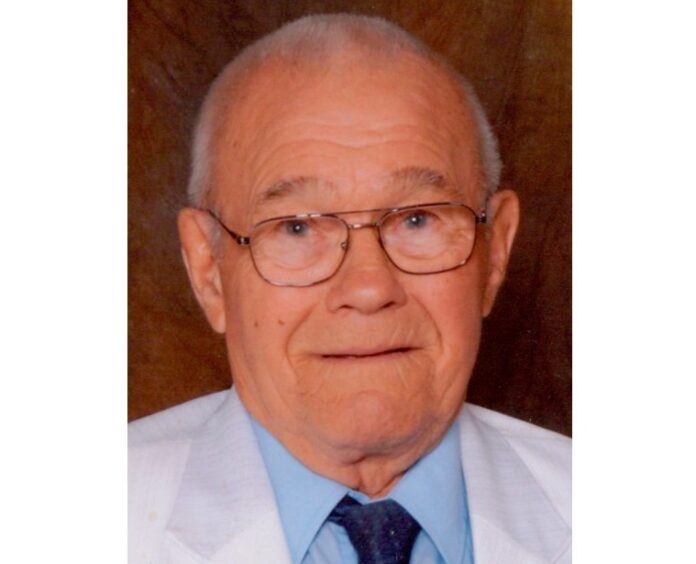 Funeral services will be held Wednesday, Aug. 11 at 10:30 a.m. at the First United Methodist Church in Perry. Visitation will be Tuesday, Aug. 10 from 1-7 p.m., with family present to greet friends from 4-7 p.m. and a Masonic Lodge service at 7:15 p.m. at the Carris Family Funeral Home and Cremation Care in Perry. Burial will be at the Iowa Veterans Cemetery in Adel, Iowa, Friday, Aug. 13 at 11 a.m.

He graduated from Panora High School with the class of 1951.

Dale served in the U.S. Navy during the Korean War.

He was united in marriage to Janice Lou Armstrong at the United Methodist Church in Panora Feb. 21, 1959.

Dale farmed near Guthrie Center and worked at the Panora DX Station, Chevrolet garage in Coon Rapids and International Harvester in Perry, and he owned and operated D & J Truck Repair in Dawson for more than 30 years.

He was a member of the First United Methodist Church in Perry.

Dale was a member of the Panora Masonic Lodge 121 and the Perry Otley Lodge 299 for a combined total of 62 years and the Order of Eastern Star for 59 years. During that time, he served as Master Mason and Patron for Eastern Star.

He was also a member of the Rippey American Legion, Methodist Men’s Group, Methodist Board of Trustee’s, Iowa Federation of Square and Round Dancers and was past president of the Federation of Square and Round Dancers, attending 14 national conventions and serving as one of four voting delegates on the National Ways and Means Committee at all 14 conventions.

He was a 30-gallon blood donor.

Dale was able to attend one of the Honor Flights to Washington D.C. and was a recipient of the Quilt of Valor.

In death he rejoins his parents, Harold and Erma; and a brother, Darrell Whitehead.