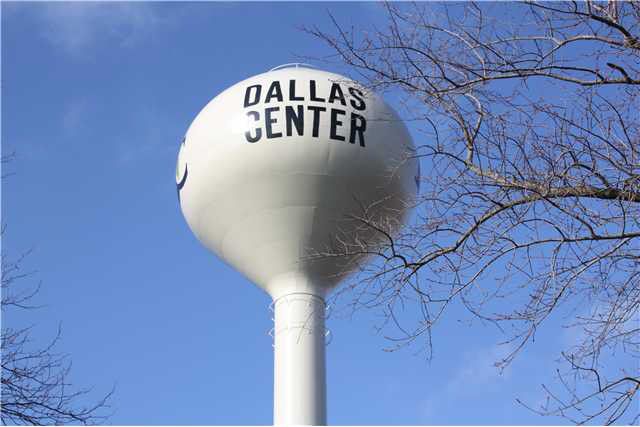 A drinking water advisory has been issued for Dallas Center due to an electrical malfunction at the water tower, the city announced Friday morning.

The Dallas Center Water Supply recommends that customers boil the water before using it for drinking or to use an alternative water source until further notice.

The city of Dallas Center experienced a problem in the distribution system Friday, and the system lost pressure. The potential for bacterial contamination triggered the drinking water advisory under which water should be boiled before used for drinking or cooking, or an alternative water source be used.

It is recommended not to drink the water without boiling it first. Bring all water to a boil, and let it boil for one minute, and then let it cool before using, or use bottled water. Boiled or bottled water should be used for drinking, making ice, brushing teeth and food preparation until further notice.

Boiling kills bacteria and other organisms in the water. The water may be used for bathing and other similar purposes. If the water is discolored, use an alternative source, such as bottled water.

For more information, please contact the Dallas Center City Hall at 515-992-3725. General guidelines on ways to lessen the risk of infection by microbes are available from the EPA Safe Drinking Water Hotline at 1-800-426-4791.

When water service is restored, there may be air in your water piping, and the water may be discolored. It is recommended that you run the first water from a faucet that does not have an aerator screen, such as a bathtub or hose bib. Open the faucet slowly to allow the air to escape. Once the water is flowing, allow the faucet to run until it is clear.

The water might be cloudy at first due to air in the water or particles that dislodged as the pipes filled with water. This should clear fairly quickly. If water is cloudy or colored throughout the house and it does not clear after allowing the water to run for several minutes, use an alternative source, such as bottled water, and contact the person listed above.

The Dallas Center Public Works Department is working with the Iowa Department of Natural Resources to resolve the situation. An update will be issued as conditions change. For more information, visit https://www.dallascenter.com/.

One hurt in car-tractor crash south of Perry Monday

One injured in motorcycle spill in west Perry Saturday