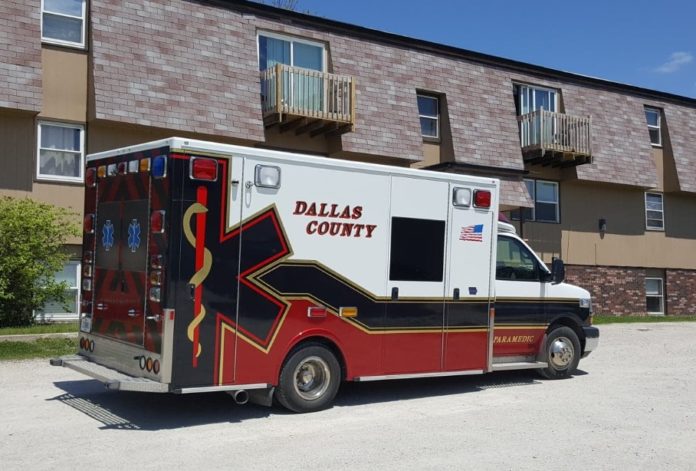 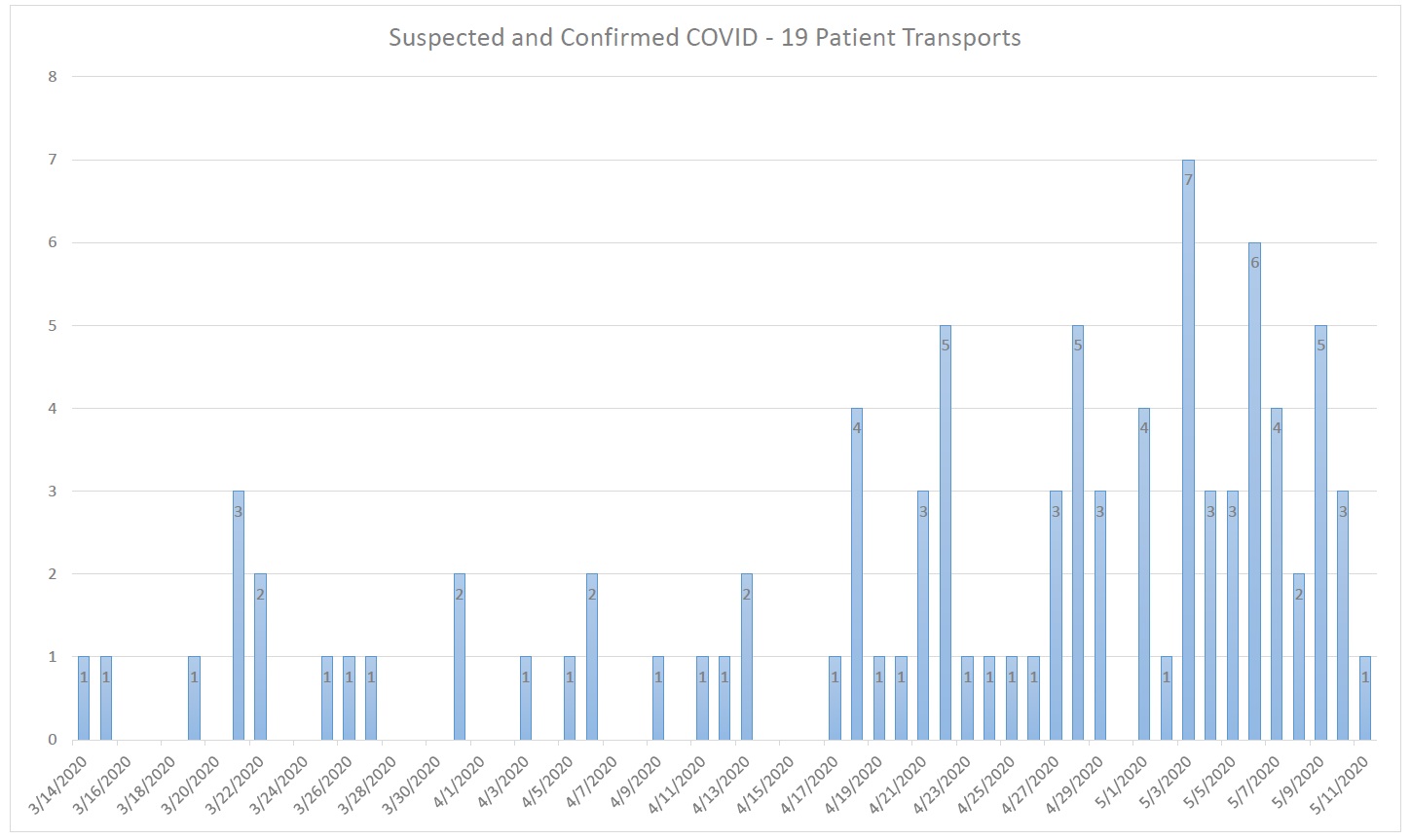 The Dallas County EMS has seen in effect a quadrupling of work since the outbreak of COVID-19 even though their calls for emergency medical service have only increased by an average of one a day.

Dallas County EMS Director Mike Thomason explained some of the ways the spread of the novel coronavirus has impacted the routines of the 45 paramedics and EMTs who staff the EMS department’s four ambulances, with headquarters in Perry and Adel.

Before the pandemic, Thomason said, the EMS responded to an average of about eight calls a day, with a ratio of three calls in the southern half of the county for every two in the northern half.

“We’re up an average of one call a day,” Thomason said, “and our call volume has flip flopped from Adel to Perry, so our ratio used to be one call in Perry to 1.5 calls in Adel, and now it’s flip flopped. So what we’re seeing is overall call volume has gone up by one a day, but the call-for-service demand has flipped from the southern half to the northern half. The northern half of the county is now busier than the southern half of the county.”

Thomason said the EMS crews must also take extensive disinfection precautions between each call –sterilizing their bodies, their clothing and their ambulances — all of which lengthens the time spent on each call.

“Perry’s average call on-duty turnaround time is about 30 minutes, and the turnaround time in Adel is an hour-and-a-half,” he said, “so one calls in Adel lasts an hour-and-a-half, and one call in Perry generally lasts about half-an-hour. With COVID-19 — we can’t document it yet because we don’t have the data — the call time, because of disinfecting and everything else like that has increased, is almost doubled. It takes about a half-hour for the crew to shower, wash their clothes and wash the trucks after every call. So now we’re looking at a two-hour turnaround time in Adel and an hour in Perry.”

The number of trips to metro hospitals has also grown as the number to the Dallas County Hospital has shrunk.

As the governor relaxes the restrictions on economic and social activity, the number of “typical calls” is expected to increase.

“When COVID first broke out,” Thomason said, “everybody’s call volume dropped, as a general rule, because everybody started staying at home. But now it’s picking back up. The more the state opens up, we’re going to start seeing an increase in call volume just due to the normal calls and then the COVID as well. We’re planning not for a surge of COVID but for a surge of calls. Our normal calls will increase on top of COVID.”

The county’s paramedics and EMTs use face masks, face shields, gloves and other personal protection equipment (PPE) to avoid exposure, but positive cases have been detected.

“We’ve had four of our 45 paramedics and EMTs out for 14-day quarantines,” Thomason said, “but they are all back to work now.”

To guard against gaps in the frontline EMS personnel, Thomason proposed entering into affiliation agreements with the first-responder agencies in the cities of Dallas County.

“With COVID-19, this may be a way to help backfill positions,” Thomason told the Dallas County Board of Supervisors at their April 7 meeting. He described the affiliation as “a purely voluntary opportunity, with the home department gaining education and experience working with the county’s department.T his would be a temporary affiliation with first responders added to the roster.”

The agreements are now before the city councils for approval. The Perry City Council unanimously approved the affiliation agreement with Dallas County EMS at its May 4 meeting.