A Dawson man was arrested late Saturday after allegedly shooting up his house when his wife would not answer his questions.

According to court records, a Dallas County Deputy Sheriff responded to the W. Second Street residence about 11:15 p.m. on a report of a domestic disturbance.

The victim told the deputy that her husband, Jacob Mundt, “was intoxicated and had been yelling at her” and when she “refused to answer Jacob’s questions,” he allegedly “pulled out a Ruger handgun (.22 caliber) and began shooting in different areas of the house.”

The victim said Mundt “pointed the gun towards her at one point,” and she “described the incident as a ‘scare show.'”

According to court records, after firing the gun, Mundt ordered his wife “to get out of the house.” When she refused to leave, Mundy allegedly “grabbed her neck and pushed her against the wall.”

The deputy observed “bullet holes located in the walls in the stairway,” according to court records, and a “total of 10 empty shell casings were located” inside the home.

The deputy made contact with Mundt, who “appeared to be very intoxicated,” and learned the pistol was inside Mundt’s toolbox. The handgun and empty shell casings were placed in evidence, according to court records.

Mundt is held in the Dallas County Jail on a $10,000 cash or surety bond in advance of his initial appearance in Dallas County District Court.

County Treasurer Mitch Hambleton to step down after two terms

Cosmetic surgery to join array of patient services at DCH 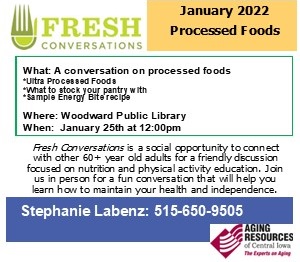