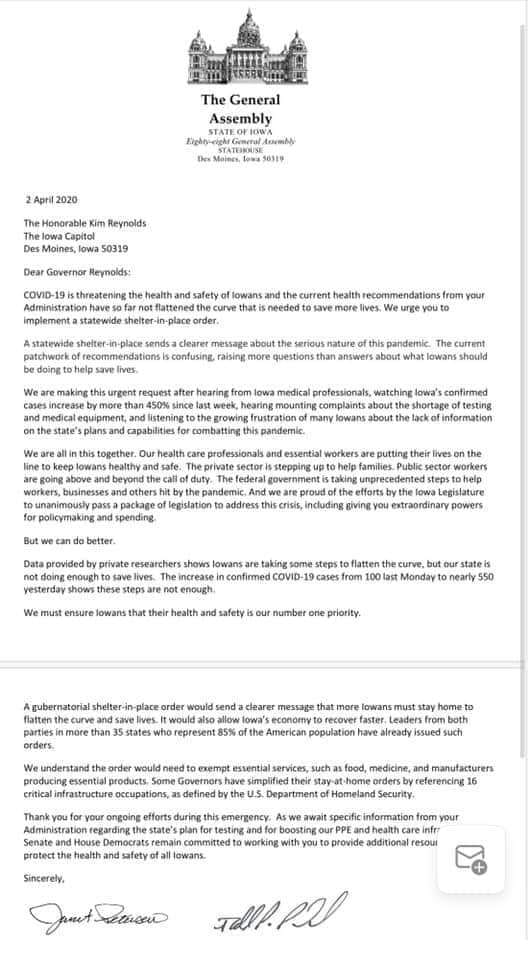 The Democratic leaders in the Iowa Legislators directed a letter to Iowa Gov. Kim Reynolds Thursday, requesting the governor to issue a shelter-in-place order.

“A gubernatorial shelter-in-place order would send a clearer message that more Iowans must stay home to flatten the curve and save lives,” the Democrats said.

Iowa in one of only five U.S. states that has not issued a total or partial shelter-in-place order.

“We are making this urgent request,” Petersen and Prichard said, “after hearing from Iowa medical professionals,, watching Iowa’s confirmed cases increase by more than 450% since last week, hearing mounting complaints about the shortage of testing and medical equipment and listening to the growing frustration of many Iowans about the lack of information on the state’s plans and capabilities for combating this pandemic.”