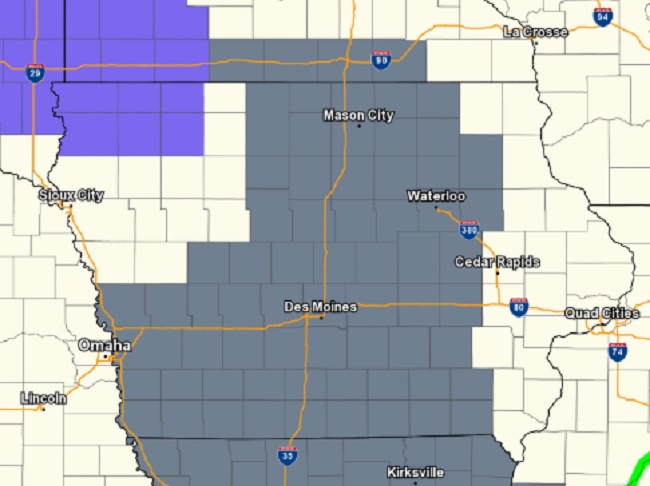 The National Weather Service (NWS) in Des Moines has issued a dense fog advisory until 11 a.m. Monday for the Perry area and much of central and northern Iowa, with visibility less than one-quarter mile at times and near zero in some areas.

Motorists are advised to use caution when driving because visibility could change rapidly when entering areas of denser fog.