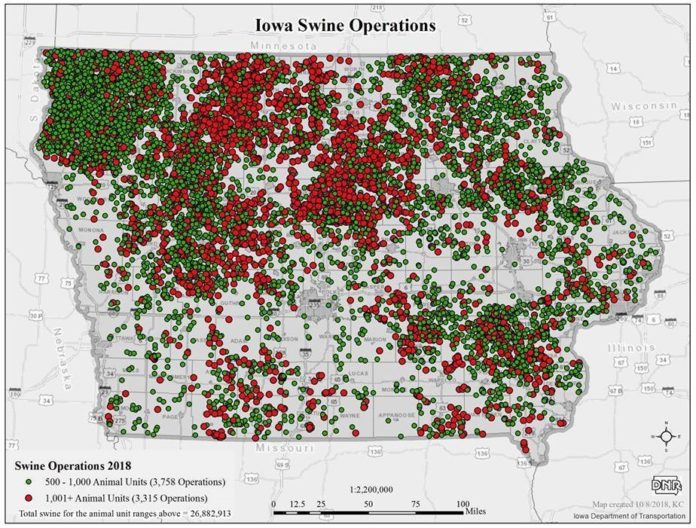 WINTERSET, Iowa — A spill at a hog confinement four miles west of Winterset Wednesday brought field staff of the Iowa Department of Natural Resources (DNR) to the scene to investigate, where they discovered a second spill.

The site owners, Waldo Farms of Nebraska, reported a release due to a plugged pipeline, according to the DNR, which said the spill was stopped and did not reach a creek.

During their investigation, DNR field staff discovered a second, ongoing manure spill from a closed hog confinement. Manure storage at the closed facility was full, causing a small amount of manure-laden waters to overflow into a Cedar Creek tributary.

The DNR said it will require the owner to stop the release, and the state agency will continue to monitor the cleanup and consider appropriate enforcement action.