MANCHESTER – Staff from the Iowa Department of Natural Resources (DNR) have been in the field since Sunday, looking for the source of a toxin that killed fish along more than 20 miles of Whitewater Creek in Dubuque County.

According to a DNR statement released Tuesday, environmental staff from the DNR’s Manchester field office found manure runoff and dead fish along several miles of the creek Sunday. The DNR’s fisheries staff found dead fish Monday from southwest of Peosta downstream to the North Fork of the Maquoketa River in Jones County and including the Dubuque County Conservation Department’s Whitewater Canyon Wildlife Area.

The DNR statement said “potentially multiple sources of the pollutant” were under investigation Tuesday, with water samples collected for further testing and an ongoing count of dead fish. A variety of fish species were killed, including shiners, smallmouth bass, suckers and stonecat.

The DNR Fish Kill Database lists 12 fish kills for 2015 and one for 2016, but the current year data has not been updated. The DNR reported six fish kills in the first 20 days of September. 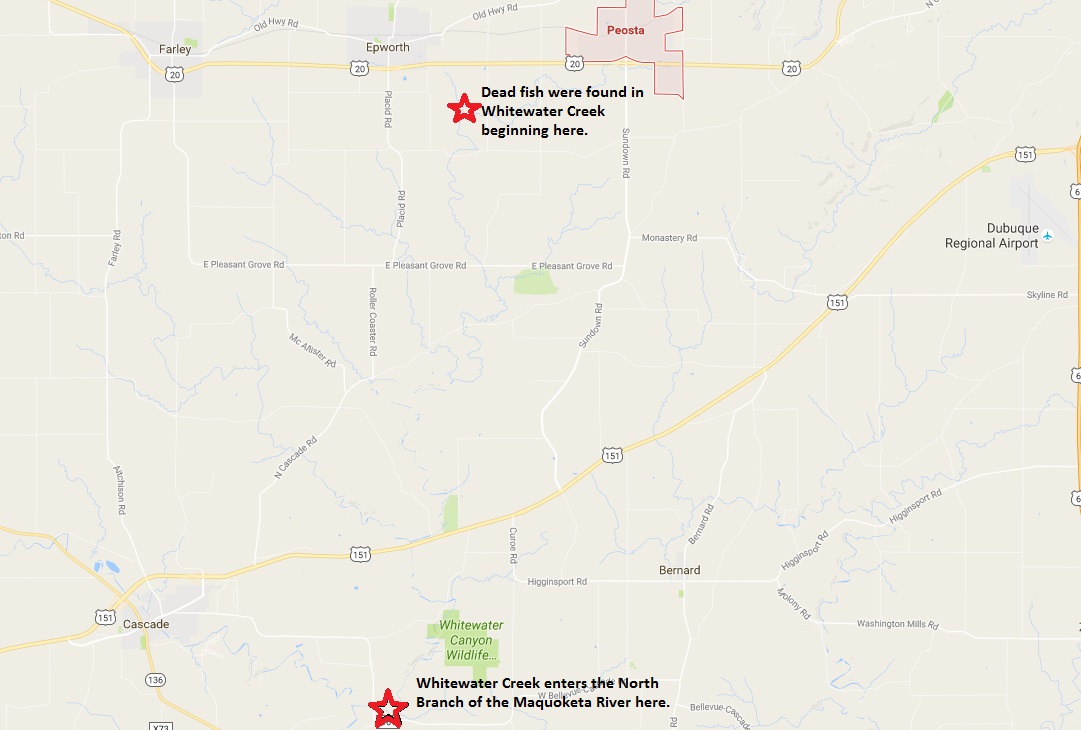