The gray wolves likely came from the Great Lakes population in Michigan, Minnesota and Wisconsin, the DNR said. The samples were tested at the University of California-Davis.

The DNR investigated both shootings, and no charges will be filed in either case, according to DNR Director Chuck Gipp.

“We understand this is a sensitive topic and that our decision not to charge will be unpopular with some,” Gipp said, “but in these two incidents, based on the results of our investigation, we feel it is the right course of action.”

The wolves will be used for education outreach at the local county conservation boards.

Gray wolves are listed as endangered under both federal and state endangered species laws. There is no open season on wolves in Iowa.

Wolves were removed from the endangered species list in the western Great Lakes states in 2012 but relisted in 2014. Some U.S. officials have proposed delisting gray wolves in the lower 48 states, except for a small population in the Southwest.

Iowa has seen a recent increase in the number of wolves moving in from established populations in the Great Lakes region, so hunters need to be aware of the possibility that what they are looking at may not be a coyote, Gipp said.

“Going forward, hunters need to know the difference between the species,” he said. “On our end, we will provide additional wolf-coyote identification tools on our website and in our publications. We know hunters want to do the right thing, and we want to help them.”

The DNR asks anyone who encounters a wolf to contact the local conservation officer or wildlife biologist.

Coyotes and wolves share many similar characteristics including coloring, but there are features where they differ, according to Vince Evelsizer, DNR furbearer biologist.

Coyote hunting season is open all year long, but participation is often highest in January and February, especially after Jan. 10, when other hunting seasons close.

Hunting and trapping are about the only tools to provide some level of population management for coyotes, he said. He said the DNR is reviewing how it handles reported sightings for wolves and other occasional visitors internally as the number of these visitors is increasing. 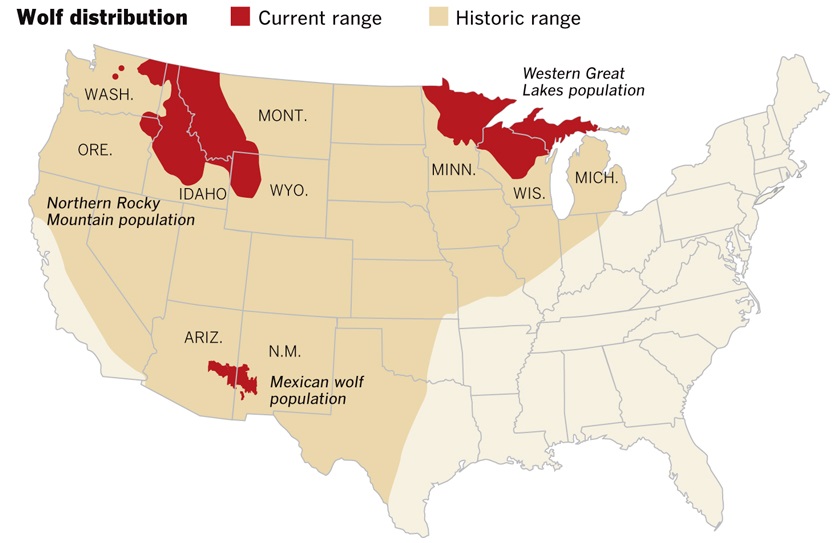