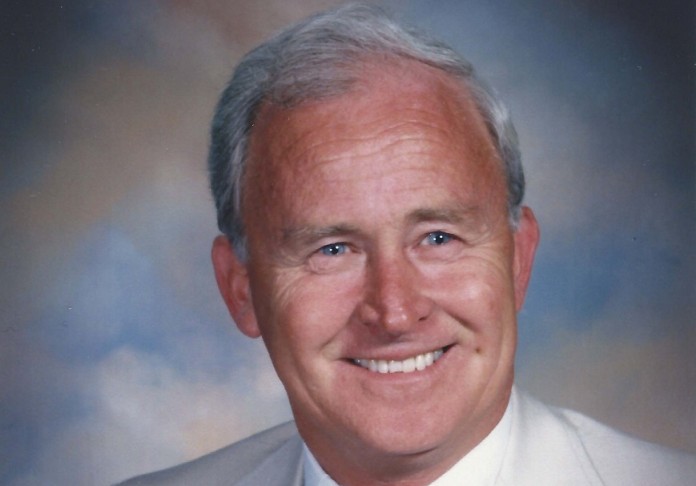 As a true Irishman, Donald Joseph Flynn, Ph.D., of Davenport passed away March 17, 2016. He was born at home Jan. 21, 1932, to Edwin and Marguerite (Fitzpatrick) Flynn in Anthon, Iowa, weighing only three pounds.

Visitation will held from 5-7 p.m. Wednesday, March, 23 at Sundberg-Kirkpatrick funeral home in Madrid. Funeral services will be 9:30 a.m. Thursday, March 24 at St. Malachy’s Catholic Church in Madrid. Burial will be 2 p.m. Thursday at St. Joseph Cemetery in Anthon.

After graduating from Anthon High School in 1950, Don entered the U.S. Marine Corps and attained the rank of sergeant within two years. Upon his honorable discharge, he attended Wayne State Teachers College where he was a track athlete/scholar graduating in 1956 with a bachelor’s degree in business. Don later received an MS in Educational Administration from The University of Colorado at Greeley, and a PhD in Educational Administration from Iowa State University.

Don was united in marriage to Merlene Gertrude Jackson on June 20, 1953, in Oto, Iowa. They were blessed with four children.

He was a lifetime educator, spending many years as a teacher, coach, principal and superintendent. His career began in Villisca and Ida Grove as a business teacher. Don then became Madrid’s youngest superintendent by the age of 30. While at Madrid, he spearheaded the design and construction of a new elementary and high school. He greatly enjoyed his years coaching girls’ basketball and softball.

Following a short stay at Iowa State University as an associate professor an director of career education, Don spent the next 15 years as the principal of Perry Middle School. Retiring in 1990, he continued part-time work as the interim superintendent at Van Meter and a supervisor of student teachers for Upper Iowa University.

Don enjoyed golf, reading, snow skiing and attending football games at the University of Iowa. He taught many youth to water ski and build skiing pyramids. He and Merlene enjoyed summers together at their Missouri home at the Lake of the Ozarks, where “Papa” loved spending time with his children and grandchildren.

Don was preceded in death by his wife, Merlene; son, Mark; his parents; and brother, Kenneth.

In lieu of flowers, the family requests donations be made to the Madrid Action Committee or St. Malachy Church.