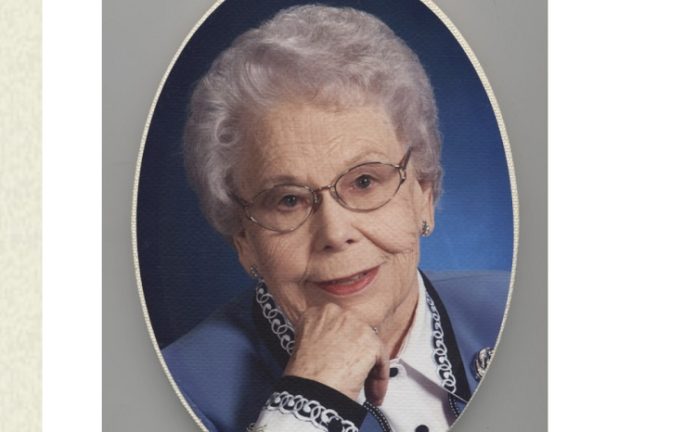 She grew up in Minburn and following her graduation from High School and Beauty College, she opened her own beauty shop in Minburn.

Doris married Art Bender in Perry Oct. 22, 1944. Following their marriage, they had one son, Bob, and the family farmed south of Perry.

After retiring from farming for more than 35 years, Doris and Art moved to Ogden and then to Billings, Mont., in 1989. Doris returned to Iowa in 2012, moving to Altoona.

Faith and family were always her priority.

Doris loved family gatherings, traveling with her husband, Art, and spending time with their son, daughter-in-law, sisters, nieces, nephews and her wonderful friends and neighbors.

She found the most happiness in her grandchildren, especially her two great granddaughters.

Doris enjoyed crocheting, cooking and taking a chance at KENO, and she always seemed to be a little luckier than most.

Her faith was a cornerstone she built her life around, and she was thankful for the tremendous outreach of Fr. Tim and the staff at Saint John and Paul Church in Altoona and Unity Point Hospice.

Left to cherish her memory are her son, Bob (Carol) Bender; grandsons, Ryan (Kristie) Bender and Brett Bender; two great-granddaughters, Anna Bender and Addison Bender; and her extended family and friends, where she made such a lasting impression.

Preceding her in death were her parents, Virgil and Elsie Untied; husband, Art; and two sisters, Mildred Hornberg and Afton Gibson.

In lieu of flowers, memorials may be directed to Ss. John and Paul Catholic Church in Altoona or Taylor House-Unity Point Hospice in Des Moines. On-line condolences may be expressed at www.HamiltonsFuneralHome.com