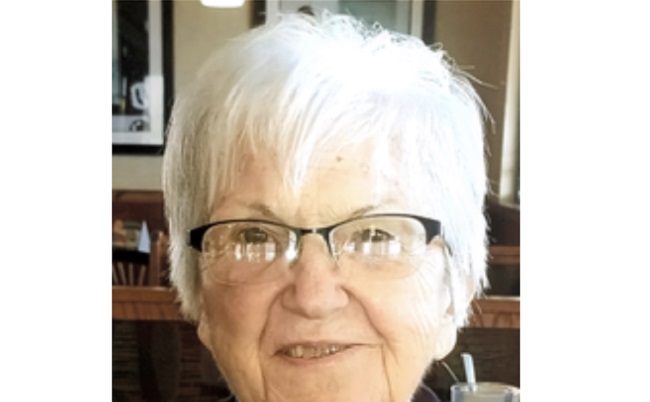 Doris graduated from Elwood High School in 1950 in Elwood, Nebraska.

She worked as a telephone operator in Lexington, Nebraska, and was privy to many phone conversations.

On May 23, 1953, she married Charles Edward Saulsbury at St. Ann’s Catholic Church in Lexington.

After Ed’s discharge from the military, they moved to North Platte in 1958.

After having four children in five years, Doris returned to the workplace. Doris worked for the Agriculture Stabilization and Conservation Service (ASCS) and then was a secretary for J. M. McDonald’s store for several years.

Doris later returned to the ASCS and retired as a program technician. After retirement, she worked at Walmart for several years.

Doris was a member of St. Patrick’s Catholic Church, being on the funeral dinner committee for years, the FN Klinkers Reunion Camping Club and Friday Nighters Club and was also a volunteer for RSVP.

Doris will be remembered as a wonderful mother, devoting her life to her family. She enjoyed spending time with her husband, Ed, joining him in all of his adventures. She was always a constant fan at all of her family’s events.

A memorial has been established to St. Patrick’s Catholic Church. Online condolences can be left at www.adamsswanson.com, and the family will be gathering at 918 Cedarberry Road.

Graveside services will be 1 p.m. Wednesday, Oct. 14 at Fort McPherson National Cemetery in Maxwell, Nebraska, with the Rev. Josh Brown officiating. Visitation will be Tuesday, Oct. 13 from 12-8 p.m., with the family receiving friends from 6-8 p.m. at Adams and Swanson Funeral Home in North Platte. A Memorial Mass will take place in May 2021. Fort McPherson guidelines restrict attendance to 25 and masks are required. The graveside will be livestreamed on the Adams and Swanson Facebook page.