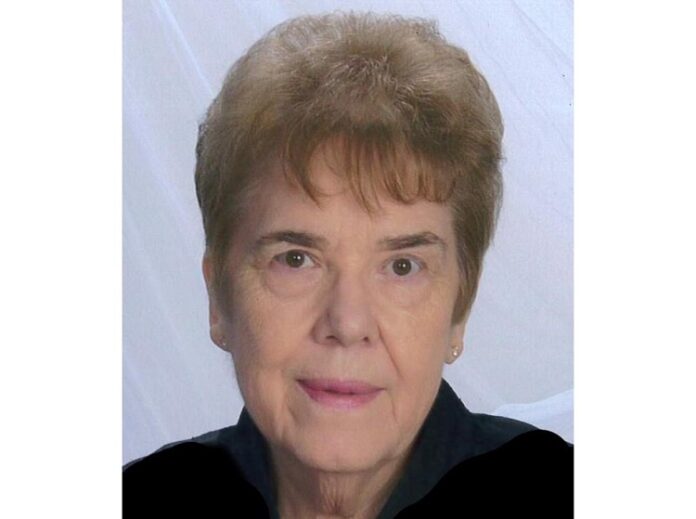 Mass of Christian burial for Dorothy May Corrigan of Perry will be at 10 a.m. Tuesday, May 17 at St. Patrick Catholic Church. Burial will follow at Violet Hill Cemetery in Perry, Iowa. Visitation will be from 5-6:30 p.m. Monday, May 16, followed by a Rosary, at Murdock Funeral Home.

Dorothy passed away peacefully, Wednesday, May 11, 2022, at her home in Perry, Iowa.

Dorothy May Corrigan was born in Lombard, Illinois, the daughter of Walter and Iva Jean (Holmes) Abbott.

They moved to Perry in 1955 and found a true home here.

Dorothy was a member of St. Patrick Catholic Church and Regina Guild and was once the president of Perry Woman’s Club.

She worked for Younkers for five years, at the Perry Home Center for Clark and Helen Pohl and finished her working life for the city of Perry for eighteen years.

Dorothy retired to see the world and spend time with family and enjoy the grandkids.

As an avid bridge player, she wants to reassure everyone that she will still keep playing as she joins her foursome in heaven (Joanie McCarty, Binx Quinlan, and Teresa Moyer.)

Dorothy wanted everyone to know that she had a wonderful life, and she would not want to change a thing.

She will be greatly missed and thought of often by her family, friends and a number of bridge players left here to play “three no trump” without her.

As she would say, all good things eventually come to an end.

Dorothy is survived by one daughter, Penny Corrigan of Perry; three grandchildren; one great-grandchild; and her two precious puppies.

Memorials and condolences to the family, in Dorothy’s name, may be sent to Murdock Funeral Home. Online condolences may be left at murdockfuneralhome.net.