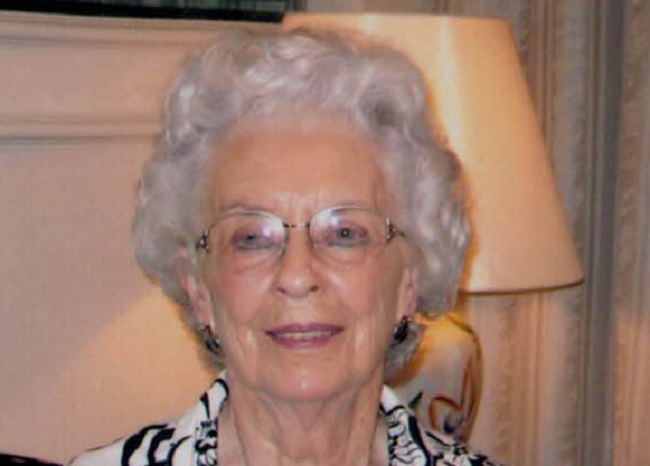 Dorothy married Earle P. Leslie in 1947. They had one daughter, Patricia Leslie-Sackett, who is married to Christopher Sackett. Dorothy had four grandchildren, Jack, Aidan, Sofia and Ellie Sackett. She is also survived by a brother, Jim Collins, and his wife, Nancy, of Perry; several nieces; nephews; and friends whom she loved dearly.

Preceding her in death was her husband, Earle P. Leslie; her mother and father; and three older brothers, Dean, Jack and Richard Collins.

Dorothy especially enjoyed gardening and loved flowers of all types. She also enjoyed reading and traveling.

Four years ago, Dorothy told her daughter her only regret in life was not seeing the birthplace of her grandchildren, so a few months later she took a trip with her daughter, son-in-law, and four grandchildren to Antigua, Guatemala, where, cane in hand, Dorothy walked the cobblestone streets and rode tuk-tuks everywhere. She later made the remark that the country was as beautiful as her grandchildren.